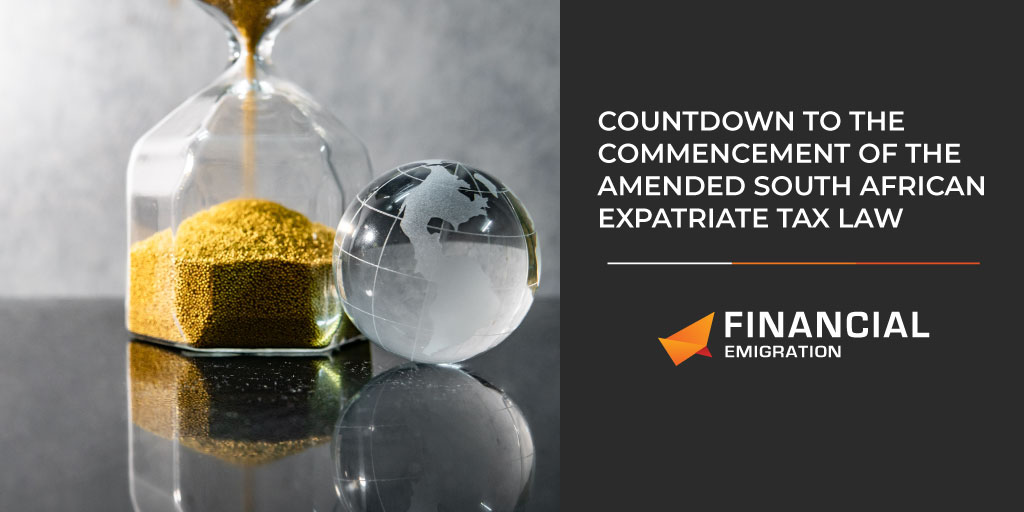 The announcement by National Treasury and SARS in 2017 that the tax exemption on South African expatriates is set to change, has resulted in the lifestyle of many South Africans, who are employed by companies abroad, to rapidly change from a South African tax liability point of view.

The legislative amendment, which will come into effect on 1 March 2020, states that South African tax residents abroad will be required to pay tax to South Africa of up to 45% of their foreign employment income, where it exceeds the R1m threshold.

With the commencement of the new law fast approaching, SARS has begun prosecuting taxpayers that are non-compliant and, in some cases, has the option to imprison the offender up to a period of two years.

This is in terms of the Tax Administration Act and with the help of the now fully active Common Reporting Standard (CRS).

National Treasury and SARS has put forward in Parliament, that researched numbers on expatriate tax submissions revealed that the majority of South African passport holders and permanent residents have simply left, without formalising their affairs with SARS or the South African Reserve Bank.

This has prompted not only a law change, but also a stated SARS tax audit focus on those expatriates who have left and simply decided to ignore their taxes.

While some did not consider it necessary to submit tax returns in South Africa, others submitted zero tax returns to SARS.

In some cases, individuals even indicated that they were unemployed on their tax returns while earning expatriate salaries.

The questions may appear innocent enough, but we have seen this trigger an automatic verification or audit process. Where the question is marked false, this is a criminal offense, thus creating an even more serious problem.

No more hidden off shore accounts

SARS has committed itself to complete its implementation of the Organisation for Economic Corporation and Development’s (OECD) Common Reporting Standard (CRS) by end of December 2017.

This means there will no longer be offshore hidden money, as the world has followed the United States’ lead in forcing disclosure by financial institutions of any account owned or otherwise connected to South African residents or citizens.

SA citizens or residents who do offshore banking will be reported to SARS, this will be an audit trigger where your SARS profile is not correct.

To avoid criminal prosecution, South Africans working abroad can opt for financial emigration, this is a formal process with the South African Reserve Bank (SARB) to change one’s tax status from “resident” to “non-resident”.

Financial emigration provides legal certainty on non-residency status for tax and exchange control purposes, as well as holding certain financial planning benefits such as the one of the few ways of cashing out your retirement annuity.

They will however be required to declare any South African sourced income which may be taxable, such as rental income.

Offshore Tax Exemption to be Reviewed
Scroll to top
Visit the Government Portal for the latest updates on COVID-19.
+