Numerous South African taxpayers are unaware of their tax status in South Africa and what steps need to be taken to remain compliant with the South African Revenue Service (“SARS”). To add to this, there exist confusion and misconceptions surrounding expat tax where taxpayers are advised that they are compliant, but this is in most instances, not the case. 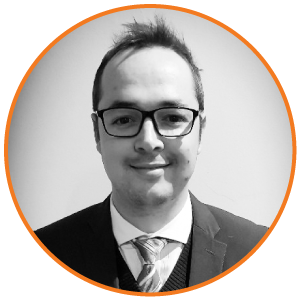 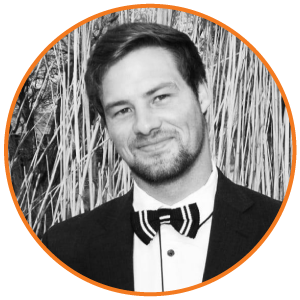 In previous years, only taxpayers who had the intent to evade tax by either omitting to disclose their worldwide income to SARS, or by making a false statement or entry in an income tax return were guilty of a criminal offence, and upon conviction, subject to a fine or to direct imprisonment, this is no longer the case. The scope has widened to include any person who wilfully or negligently fails to disclose their worldwide income.

Therefore, it is important to note that if you ceased your citizenship, it does not automatically cease your tax residency. The latter needs to be formalised with SARS.

Ceasing your residency does not happen automatically:

One of the biggest misconceptions is that the process of becoming a non-resident is an automatic process when you relocate to another country, however, South African taxpayers need to be cognizant of the fact that the onus lies on them to prove to SARS that they ceased their tax residency.

Hence to cease your tax residency is not something that automatically occurs, your change of status from resident to non-resident must be formally done through a declaration process to SARS.

Options available to you:

There are a couple of options to alleviate or reduce the burden placed on South African tax residents by SARS.

In this case, you would claim the R 1 250 000 per annum exemption on your foreign income, as well as available tax credits for foreign taxes paid if you earn above the threshold, this is before tax and includes employee benefits such as bonuses, relocation expenses, housing, schooling, security and flights, among other things. This exemption may be applied on the basis that you would have spent more than 183 full days outside South Africa in a 12-month period, of which more than 60 full days were continuous.

It is important to note that directors or independent contractors do not qualify for this exemption.

There are two options available to expatriates abroad to cease their tax residency:

Double Taxation Agreements are internationally agreed on legislation between South Africa and other countries. The main purpose of a DTA is to avoid double taxation of taxpayers and the prevention of fiscal evasion concerning taxes on income and some cases capital. The DTA sets out rules and regulations to determine which country is entitled to levy a tax on a taxpayer’s income. The benefit of DTA relief is that there is no restriction on the foreign income that you may earn, your total income earned abroad would not be subject to tax in South Africa.

To claim DTA relief certain steps must be taken and with sufficient evidence confirming that you are no longer a tax resident in South Africa being the most important – alongside a foreign tax residency certificate. DTA relief is claimed on an annual basis and is the best option if an individual will remain abroad for a number of years but does not want to reside abroad permanently e.g., remain, and retire abroad.

This process is also country-specific, however, South Africa has agreements with the majority of countries, more importantly, with the most common countries to which taxpayers relocate.

It is important to note that the onus is always on you, the taxpayer, to prove to SARS that you qualify for the above options. This is, however, a very complicated and technical process that is best done through professionals who are experienced in this area.

Not cutting ties with South Africa or SARS:

A common misconception is that all assets held in South Africa needs to be disposed of and all bank accounts need to be closed to be able to cease your residency. This is untrue. You are not cutting ties with South Africa and your assets here can remain. You are even able to invest in South Africa and acquire property and additional assets while still being noted as a non-tax resident. However, specifically in the context of financial emigration, your bank accounts will be converted to non-resident status, which may have some restrictions, this is however not applicable when claiming DTA relief.

The field of expatriate tax is a daunting subject to a lot of individuals, and frankly, to a lot of tax practitioners, but with the right advice and the right service provider, this intricate and complex process can be completed without any issues of non-compliance in the future and will once completed, ensure that your worldwide income and assets are protected.

The Difference Between The SARS Non-Resident Confirmation Letter And The Emigration...
Scroll to top