Effective 1 March 2021, the South African Reserve Bank (SARB) removed themselves from the process of Financial Emigration. The move was gladly welcomed by Authorised Dealers (banks), as this took away the burdensome process banks had to follow guided by Exchange Control Rulings. 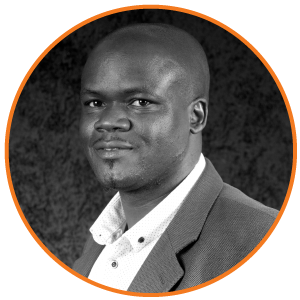 This eliminated the completion of the MP336(b) form which was required in conjunction with an emigration tax clearance certificate from the South African Revenue Service (SARS) to notify the SARB of one’s non-residence for Exchange Control purposes. However, banks were left on their own to find ways to still monitor and report to SARB all remittances and transactions in and out of the ‘non-resident’ bank accounts.

SARB took the bold step without considering such underlying consequences, with banks adopting an individual approach rather than follow uniform protocols when adhering to SARB’s Exchange Control Ruling compliances. The downside being that less “strict” banks are being preferred by expats due to lower levels of stringency.

The intention was that the locking of non-residents’ remaining assets in blocked capital accounts will fall away and all transfers from these accounts will be handled as normal fund transfers in line with any other foreign capital allowance transfers. But this did not materialise.

Banks having been left in the “wilderness” by SARB, on realisation that the distinction between South African resident assets and non-resident assets remained extant, most banks were forced to revert to the old system of “locking” non-residents’ funds in blocked capital accounts.

This being so far the only feasible solution in controlling transactions in these non-resident accounts.

SARB in the shadows

SARS was confirmed as the only ball player in the new financial emigration process. However, SARB has not fully let go of the reigns and remains an active participant behind the scenes when one wishes to cease South African tax residency.

As it is a requirement that bank accounts be converted to non-resident status for one to be able to successfully externalise funds after ceasing tax residency, SARB’s confirmation remains the final authority word in finalising this closing step of the whole process.

Banks must still advise and seek approval from SARB for non-residents with remaining assets over R10 million before converting the accounts to non-resident status and effectively externalising desired funds.

To make matters worse, whether you are ceasing tax residency now or have previously done so under the old financial emigration regime, you will be required to obtain a tax compliance status (TCS) pin from SARS to remit funds from the first cent.

Previously, the provision has been that individuals who formally emigrate would be allowed to transfer up to R10 million individually, or R20 million as a family unit without the requirement of a TCS PIN. SARS now avails a Foreign Investment Allowance (FIA) TCS PIN beyond the validity of one’s emigration TCS PIN.

There is a long road ahead until we see uniformity in the rules for Exchange Control under the new financial emigration regime. What is more certain, however, is that taxpayers need to have a qualified advisor along for the journey with experience from both a tax and exchange control perspective.

Rough Seas Ahead For Taxpayers Working On The Ships