The Budget Speech is just one of the times where a tax attorney shows their worth. Instead of just reviewing the headlines, a tax attorney should be delving into the budget proposals, current policies and policy adjustments. The need for an in-depth review is vital to understanding the upcoming impact.

On 20 February 2019, the South African Minister of Finance, Tito Mboweni, gave his Budget Speech in Parliament. Among various issues discussed, important to note from a disclosure perspective is the mention of the globally agreed Common Reporting Standard (“CRS”).

Importance Of The Common Reporting Standard

Mboweni’s mention of CRS in his Budget Speech shows a clear nod in the direction of reigning in non-compliant taxpayers who fail to disclose their income fully. Globally, people have been attempting to skirt the radar and “hide” their assets and income from tax authorities. However, OECD has worked exceptionally hard to locate those that are non-compliant and have noted that offshore structures have been specifically designed to “circumvent financial account reporting under the OECD’s Common Reporting Standard”, as stated in the Budget Speech.

The most common question I hear from clients who have not disclosed all their income is, “How would they ever find out?”. While we all enjoy our privacy, unfortunately, our privacy is not protected when it comes to our income. The Revenue Authority must be paid its pound of flesh and with CRS there is nowhere to hide. Banks and Revenue Authorities around the world are being forced to share information with each other. This means that putting money into offshore structures, thinking that you are safe from the tax man, is no longer the case.

Mboweni stated the OECD’s mandatory disclosure rules be implemented in South Africa, meaning that there is even less wiggle room for those that continue to fail to disclose their income. Further, Mboweni suggested that similar penalties for those that are non-compliant with the rules be levied.

Once you have been reported in terms of the OECD rules for non-disclosure, this triggers a “series of unfortunate events”. Then Revenue Authorities will delve deeper into your past dealings and the income received previously. They will be searching for further indiscretions or non-disclosure events. The more they find, the more penalties will be levied and the higher the chance for criminal sanctions.

The point – one must be honest and open with their income. Non-disclosure will catch up with you. It is not a case of “if”, but rather a case of “when”, and the “when” seems to be coming sooner than we all think. 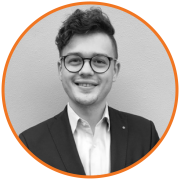 Brace For The Expatriate Tax Exemption
Scroll to top
Visit the Government Portal for the latest updates on COVID-19.
+