BRACE YOURSELVES, THE LEAN YEARS ARE COMING

If there was any doubt amongst taxpayers, especially South Africans working abroad, National Treasury, on 6 March 2019, categorically confirmed that it is forging ahead with the implementation of the amended section 10(1)(o)(ii) (“the Expat Exemption”).

Since the announcement that the Expat Exemption would be amended in 2017, SA expats have been waiting with baited-breath to see how far the legislature would go. Yesterday, National Treasury held a workshop to put SA expats out of their misery, although, after the workshop, it appears that misery is all that awaits them.

It was announced in the 2017 TLAB that the Expat Exemption would be repealed in its entirety. Following extensive commentary and submissions, the Expat Exemption was limited to R1 million per annum, which is set to take effect in March 2020. More submissions followed, as stakeholders identified a variety of problems with the limitation itself, which culminated in National Treasury conducting a special workshop to iron out any creases before D-day, being 1 March 2020.

Albeit that National Treasury stated at the start of the workshop that it will only deal with administrative and implementation issues, attendees, again, raised policy concerns included in their submissions. At one point the National Treasury panel stated, in rebuttal to the amount of submissions brought before them, “make another three submissions, make nine, we will look at them but we take instructions from our political superiors.” – eerie feeling that public concerns are not top of their agenda.

One major point of contention was the taxation of certain fringe benefits ought to be exempt in certain instances. For example, certain jurisdictions necessitate that an expat be afforded security measures to ensure his or safety. Under the SA Income Tax Act, such security measures would be taxable as fringe benefits. National Treasury, however, responded in an unwavering fashion, stating, “I think we are being quite clear on the policy decision and that [fringe benefits] will be taxable”. Thus, it is confirmed that the policy is set in stone and there will be no exception to accommodate in-country circumstances.

What this means for SA expats is that if they remain SA tax resident, they will be taxed fully on any allowances and benefits, as if the employee was just a normal employee working in South Africa. The consequence for the expat will be that his R1 million exemption would be depleted rather quickly.

The impact on the SA economy and workforce could arguably be more devastating. The reality is that with this amendment, any additional cost would ultimately have to be borne by the employer, as no expat would accept an assignment without these benefits and, to ensure that these assignments remain lucrative, the employer would have to increase the expat’s package. Employers may have to consider resources from other jurisdictions, as this becomes a simple question of math.

Without going into too much detail, it appears that payroll personnel, SA expats and in fact SARS officials are in for many growing pains and an overall torrid time when the amendment kicks in. The only comfort, albeit cold, that was offered was that SARS will set up a dedicated head office function that would deal with matters pertaining to the amendment. The truth is, however, that neither Treasury, nor SARS, who was also in attendance, had many answers to allay the fears of stakeholders.

We are now in Risky Territory

One attendee mentioned a very irate client of his who did Financial Emigration to Malta, believing Financial Emigration will completely absolve him from South African tax, where in reality Financial Emigration was clearly not the correct approach to follow based on his specific set of facts. This is a prime example of someone who prima facie used an incorrect process to try to dodge taxes and in the process made fraudulent statements to SARS and SARB.

One must wonder if SARS and SARB will, as they should, follow up with this advisor to look into the affairs of this taxpayer and others who may have also acted on incorrect advice and who have abused the Financial Emigration process. Your risk as the taxpayer becomes even greater where your advisor is not an attorney and any information shared with them is not subject to legal privilege, in which case your advisor would be obligated to disclose your information to SARS or SARB, leaving you to deal with the calamity brought on by your advisor’s lack of understanding of the law.

Unfortunately, the solutions to this amendment are now becoming very limited. The Expat Exemption only relates to South African’s who are tax resident, so the obvious answer would be to cease tax residency of South Africa. However, doing this isn’t as simple as one might think. There are different options when doing this, but by far the cleanest and most direct approach would be to financially emigrate, provided, as noted above, correctly done. Once one becomes a non-tax resident, their foreign earned income and their foreign assets are protected from the grips of SARS and this also gives protection against South African capital gains tax on most assets (you still have to pay Capital Gains Tax on South African fixed property when you sell) and protection against Estate Duty.

For those who cannot Financially Emigrate due to their factual circumstances, you would now be encouraged to start looking at Double Tax Treaty Protection, where applicable. There are also additional international localised structuring opportunities available for those who are not working in Double Tax Treaty Countries, but again we must caution that we have seen numerous “products” being punted which are closer to tax evasion versus tax avoidance. 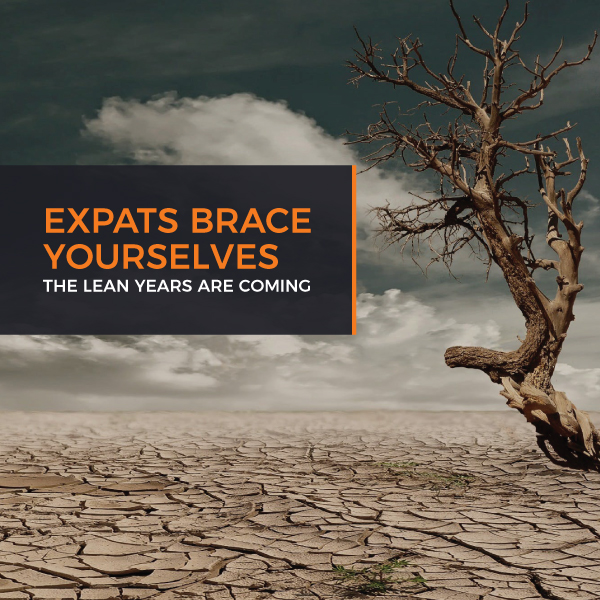