The time for South Africans who consider emigrating to learn their fate around their pensions is drawing closer. We have come a long way since publication of the draft tax Bills on 31 July this year, and on 7 October 2020, the Standing Committee on Finance (“the Committee”) heard oral submissions on the proposed tax amendments. As one of the few tax firms who made oral submissions to Parliament, we can confirm the most debated amendment remains the one around government’s intention to impose a three-year lock-in period on retirement funds when a person emigrates.

In the February Budget Speech, government announced it will modernise the exchange control system and as a by-product thereof, the current process of emigration through the South African Reserve Bank (“SARB”) will be phased out. The announcement was profound from a tax perspective because this emigration process (commonly referred to as “financial emigration”) is the trigger for emigrating South Africans to withdraw their retirement funds.

True to their word, when the draft tax Bills were published, it was revealed that the withdrawal of retirement funds upon emigration will be subject to a new test. It is now proposed that a person will only be permitted to withdraw their retirement fund if they can prove they have not been tax resident in South Africa for at least three years. This immersed prospective emigrants in uncertainty.

The proposed amendment was met with immediate opposition. Before anything else, the recent murmurs of “prescribed assets” raised questions on the motive behind the lock-in period. But National Treasury has given its assurance that this is not the driver behind the amendment.

National Treasury and the Committee have mostly kept their cards close to their chest, but we have learned that the reason behind the three-year lock in is to prevent cases where individuals withdraw their retirement fund under the pretences of emigration, only to return to South Africa shortly after.

The validity of this argument is questionable, but the real problems lay with the new proposed test itself. Determining residency is not a tick box exercise and considering the burden of proof rests with the taxpayer, the question is what will be accepted as proof of cessation of residency? On the other hand, with the SARB now taking up to a year to conclude the financial emigration process, will taxpayers who initiated the process prior to the effective date of 1 March 2021 be permitted to withdraw their retirement fund under the old dispensation?

When will we know?

Thus far stakeholders have raised their concerns in written submissions to National Treasury, which was followed by a public workshop. Now these issues have been ventilated in Parliament but, to date, we are still not sure if our concerns will be taken to heart. Fortunately, National Treasury will publish their official response document on 13 October 2020, at which point we should know where the amendment is headed – watch this space. 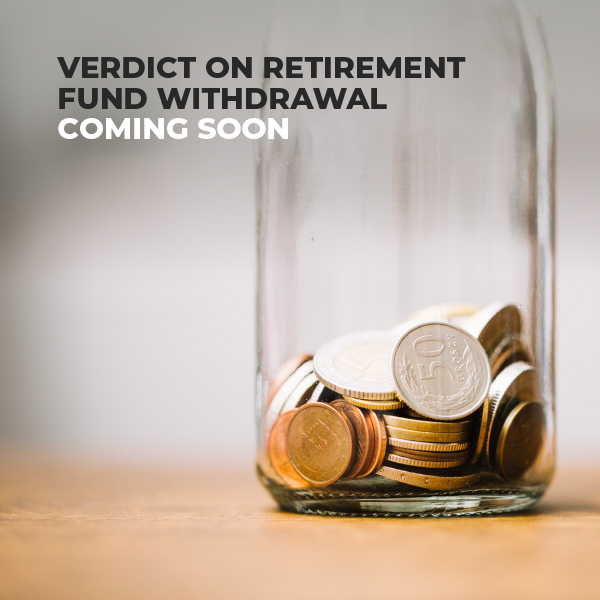 NEWS | ON A KNIFE-EDGE: SARS’ FOCUS ON EXPATRIATES THIS FILING SEASON
Scroll to top
Visit the Government Portal for the latest updates on COVID-19.
+