A number of tax and financial groups have issued warnings over a new draft bill which will introduce changes for South Africans looking to take their retirement funds out of the country.

Under the current system, members of preservation funds and retirement annuity funds may withdraw from such funds if they formally emigrate from South Africa for exchange control purposes and their emigration is approved by the South African Reserve Bank

However, changes in the draft Taxation Laws Amendment Bill (TLAB) will effectively phase out the concept of emigration for exchange control purposes.

The amendment will mean that South Africans emigrating from the country will only be able to make a withdrawal when a retirement fund member has ceased to be an tax resident and has remained so for a consecutive period of at least three years.

The change has come under fire as the TLAB was the subject of public hearings in parliament on Wednesday (7 October).

“The proposed requirement that an individual be non-resident for a period of three years prior to being entitled to access retirement funds is impractical, draconian and will present administrative difficulties for both SARS and taxpayers,” said professional services firm PwC in its submission.

The firm said that where an individual permanently departs from South Africa, the proposed rules could – depending on the particular circumstances of that individual – result in considerable financial hardship for an extended period of time before retirement funds are available.

“Under the current rules, a person who emigrates is entitled to withdraw their retirement funds immediately. Under the proposed rules, they would now need to wait for at least three years before being able to do so,” the firm said.

“Retirement funds are frequently required by emigrants to make emigration financially viable and the proposed rules will severely impact this.”

As an alternative, PwC recommended that the proposed three-year residence rule should be replaced with another ‘more practical rule’.

“For example, it could be linked to a person ceasing to be ordinarily resident in South Africa – as opposed to necessarily not tax resident,” it said.

The opposite of modern

In its submission,  Tax Consulting SA said that the amendment is at ‘cross purposes’ to its intended goal of a more ‘modern’ exchange control system.

It highlighted that under the new system , retirement benefits will effectively be locked in and will be inaccessible to the individual in question for a minimum period of three years, even after they have left South Africa permanently.

This restriction will only be lifted once the taxpayer in question is able to prove they have been non-resident for an uninterrupted period of at least three years.

“By any measure, this new test is the opposite of modernisation and a step back towards locking in retirement funds after becoming non-resident for tax and exchange control purposes,” it said.

“Furthermore, if the test is to be based on residency, it is not clear why withdrawal is subject to a period of three full years. If the taxpayer has ceased residency, why impose a punitive lock-in of this extent?,” the firm asked.

Tax Consulting SA that the proposed amendment will do away with a well-established process that allows emigrants to freely expatriate their retirement benefits with one that is far more restrictive and less transparent. 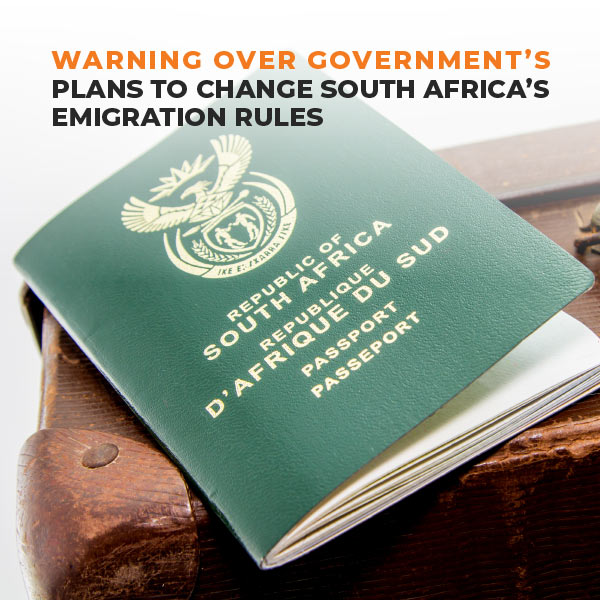