HERE ARE SOME CHANGES FROM SARS

The South African Revenue Service (SARS) is acutely aware of the decline in tax moral and tax compliance, say Thamasanqa Msiza, senior tax consultant & Darren Britz, senior tax attorney at Tax Consulting SA. Many of the changes to the annual tax Filing Season this year is to lower the cost of compliance for taxpayers, but also to encourage voluntary compliance.

High-risk taxpayers, including foreigners working in South Africa, South Africans working abroad; having large capital gains, income from rental properties or from a trust are advised to engage an experienced tax practitioner to assist with filing their returns.

SARS has for the first time in several years increased the income threshold for the mandatory submission of income tax returns to R500,000 (previously R350,000) and individuals with simple tax affairs below this new threshold are not obliged to file a return.

Simple tax affairs mean the taxpayer only has one employer, does not earn additional rental or interest income, and does not have allowable additional medical aid or retirement annuity deductions.

The high threshold is aimed at discouraging people who do not pose a risk to the fiscus to visit SARS branches.

This frees up capacity to assist taxpayers with more complex affairs who are obliged to file, and to focus on deliberate negligence or even fraud.

SARS has been making use of third party data submissions and the annual tax certificates (IRP5s) submitted by employers to prepopulate tax returns.

It also has sophisticated risk engines that will be able to detect discrepancies from information received from employers and third party data submissions such as banks and medical aid schemes.

Last year two million people were not obliged to file tax returns because they were below the R350,000 threshold, had no additional income or expenses and only had one employer.

Yet 1.5 million of them visited the branches to file, hoping for a refund. SARS is this year focused on converting taxpayers to make use of its online channels. It has also adopted a more staggered approach to the start and finish of the tax season.

Tax Season only starts on 1 August for taxpayers who have traditionally been filing at SARS branches. The deadline for branch filing is 31 October.

SARS has given the assurance that it will not show away traditional branch-filers when they come to their offices in July, but the taxpayers will be encouraged to register as users of the electronic filing system (eFiling) and the MobiApp.

The MobiApp has been revamped and will make it easier for people with simple income tax returns to file. Some of the new features include simpler navigation, the introduction of biometric authentication and the scanning and uploading of supporting documents (which has been problematic in the past).

SARS will once again make mobile units available in remote areas. It will offer free wi-fi for taxpayers at these units and in the branches to register as online-filers.

The filing season for provisional taxpayers – people with multiple employers and different income streams – also starts on 1 July, but they will again have until the end of January 2020 to file their returns.

It is important for taxpayers to ensure that they have all their supporting documents available if they have allowable deductions and that they are able to submit it to SARS when required to do so.

It is also important to check with the tax calculation function on SARS e-filing that there are no amounts due. Where there are tax amounts due, interest or penalties will often be charged.

Once you have submitted your return and you receive your assessment you may lodge an objection if you disagree. However, ensure you apply for a suspension of payment, as commencing a dispute with SARS does not stop the obligation to settle the amount SARS considers as due.

Also, in following the dispute resolution rules, it is best to ask SARS for reasons for the assessment before simply lodging an objection. In complex disputes it is best to engage a seasoned tax practitioner early on to avoid premature forfeiture of your claim. 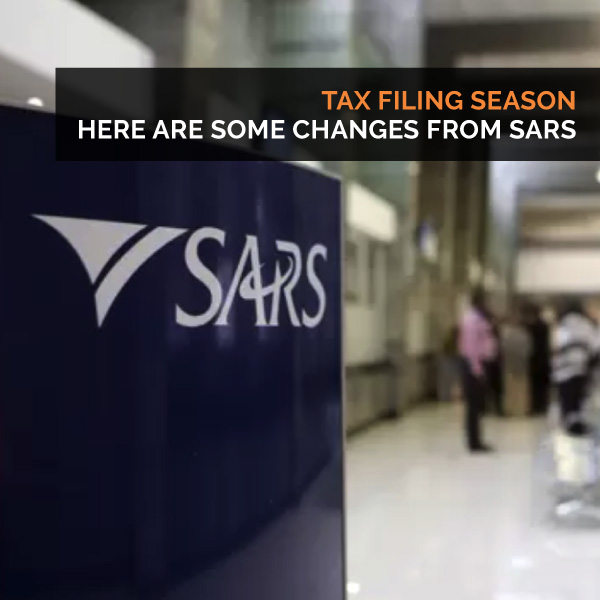 MASSIVE JUMP IN THE NUMBER OF SOUTH AFRICANS APPLYING TO FINANCIALLY EMIGRA...

NEWS | FINANCIAL EMIGRATION IS THE NEW WAY OUT
Scroll to top