FINANCIAL EMIGRATION IS THE NEW WAY OUT

The taxman targets foreign earnings in excess of R1m – but at what cost to the country?

Financial emigration is on the rise – by 30% over the last two years, according to Claudia Apicella, head of Financial Emigration, a specialist advisory group targeting financial emigres.

The main reason? The imminent change in the law requiring South Africans working abroad to pay tax of up to 45% on any earnings above R1 million. The new rules come into effect in March 2020.

“In 2017 the National Treasury and SA Revenue Services (Sars) announced that they would be introducing major changes in the tax exemption on South African expatriates,” says Apicella.

Many South Africans working abroad earning more than R1 million have decided to cut their financial ties with the country as a pure tax relief mechanism.

“Taxing South Africans working abroad is the wrong move,” says economist Mike Schüssler of Economists.co.za. “It may provide a bit of a boost in tax collections in the short term, but at what cost to the country? We are taxing ourselves into poverty and this move aimed at taxing expatriates’ income is going to encourage more people to leave the country.”

South Africans are already over-taxed, handing over 41% of annual earnings above R700 000 (not counting Vat, local government taxes, and pension and medical aid contributions), compared to the US where a marginal tax rate of 38% kicks in at the equivalent annual earnings of R6 million.

We know that roughly one million South Africans live and work abroad, and the number of South Africans applying for foreign citizenship soared 53% in the second half of last year.

This latest move by Sars and National Treasury to pull South African expats into the tax net is accelerating a brain drain that has been going on for decades. Johannes Wessels, director of the Enterprise Observatory of SA (Eosa), pointed out in a recent Moneyweb article that as high-skilled emigration continues, SA will continue its slide from middle to lower income country rankings. We’ve already slipped by more than half over the last 20 years. With more skilled South Africans headed for the exit door, an already over-burdened pool of taxpayers will have to shoulder more of the tax burden. The only way out of this quagmire is massive job creation. Financial emigration requires a declaration that you intend to permanently reside outside of SA, with the formalisation of your non-resident status with the South African Reserve Bank and Sars.

“The financial emigration process is predominantly pursued by individuals earning a surplus of R1 million in foreign income and we find most individuals are between the ages of 25 to 55,” says Apicella.

“Hundreds of thousands of South Africans have left South Africa to pursue a better future. The definition of what a better future entails is relative to one’s circumstances. This has resulted in shortage of skills within SA and will continue to have an impact on the economy.”

Treasury and Sars decided to change the rules governing expat earnings after realising that most SA passport holders and permanent residents who left the country did so without formalising their financial affairs.

Sars also stepped up tax audits on those expatriates who left the country and simply decided to ignore their taxes.

Says Apicella: “While some did not consider it necessary to submit tax returns in South Africa, others submitted zero tax returns to Sars. In some cases, individuals even indicated that they were unemployed on their tax returns while earning expatriate salaries.

“While many expatriates may hope that Sars will drag its feet, the 2017/18 South African tax return already included targeted questions dealing with expatriate tax status. The questions may appear innocent enough, but we have seen this trigger an automatic verification or audit process. Where the question is marked false, this is a criminal offense, thus creating an even more serious problem.” 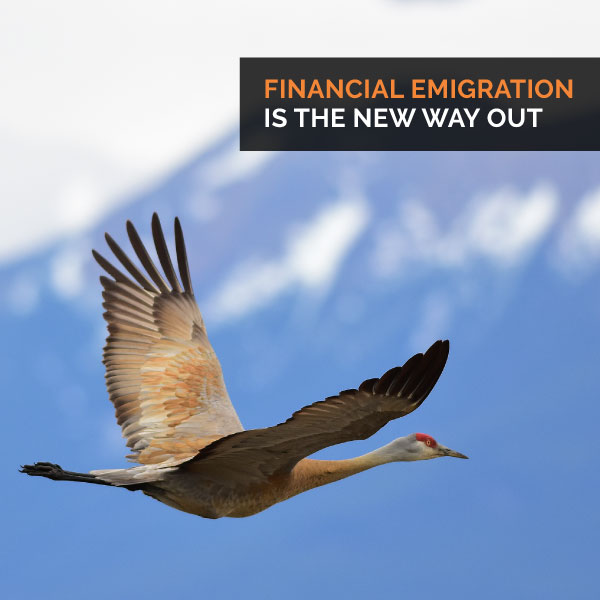