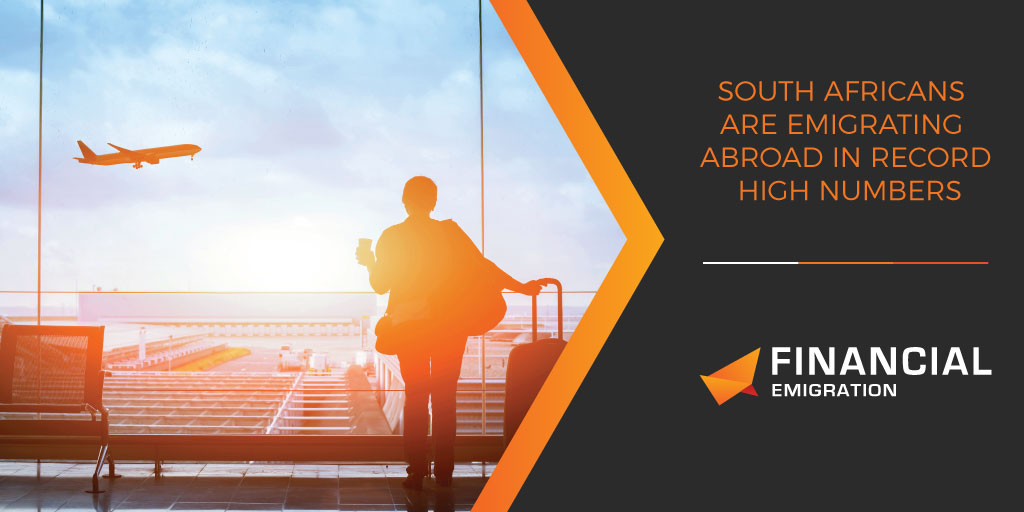 According to experts operating within the field of emigration, South Africans are expected to break emigration records in 2018.

Speaking to 702 Talk Radio, the manager at Financial Emigration, Jonty Leon, discussed the sharp spike in the number of South Africans looking to relocate abroad.

Leon’s sentiments echo those shared by UK visa solutions specialists, Move Up, who have reported an increase of 22% in the number of South Africans interested in living and working in the United Kingdom (UK).

Why are South Africans emigrating?

According to emigration experts, the new tax law, introduced by the South African Parliament in 2017, has caused panic amongst locals and South Africans living abroad. Speaking on the tax issue resulting in mass emigration, Leon said:

“After last year when Parliament announced that there would be a change in the tax law, we have automatically seen a huge increase in South Africans deciding to emigrate from South Africa.

Leon also confirmed that there are many other socio-political issues which are driving the large numbers behind emigration, saying:

“Safety and security, education, South Africa’s weak currency, the lack of job opportunities in South Africa, and of course, the political instability.”

Leon went on to add that the governing party’s support of Constitutional amendments in favour of expropriation of land without compensation is also responsible for pushing South African’s out of the country.

While various research groups debate the numbers regarding emigration, the crux of the matter relating to South African emigration hangs in the balance between Africa’s internal migration trends.

While many South African’s look to greener pastures outside of the African continent – some statistics pointing to an emigration figure of almost a million people in 20 years – there has been a steady influx of African nationals into South Africa.

While in theory, this may balance out a potential ‘drain’ from the South African skills market, Leon argues that it is quite the opposite, saying:

“We are losing a huge amount of our highly skilled labour force in South Africa. We are having to basically import people from within Africa and all over the world to try and balance that out but I don’t think we are doing it successfully. This is creating a huge problem.”

According to Leon, South Africa is losing the bulk of its technical labour force to the UK. The emigration specialist elaborated on the current skills drain, saying:

“We’re losing doctors, engineers, our finance industry, our lawyers – it’s all the higher-earners or higher taxpayers from South Africa’s point of view.”

Leon confirmed that many South Africans were emigrating to the United Arab Emirates (UAE) due to its high-pay employment opportunities.

What is CRS and why should I care?