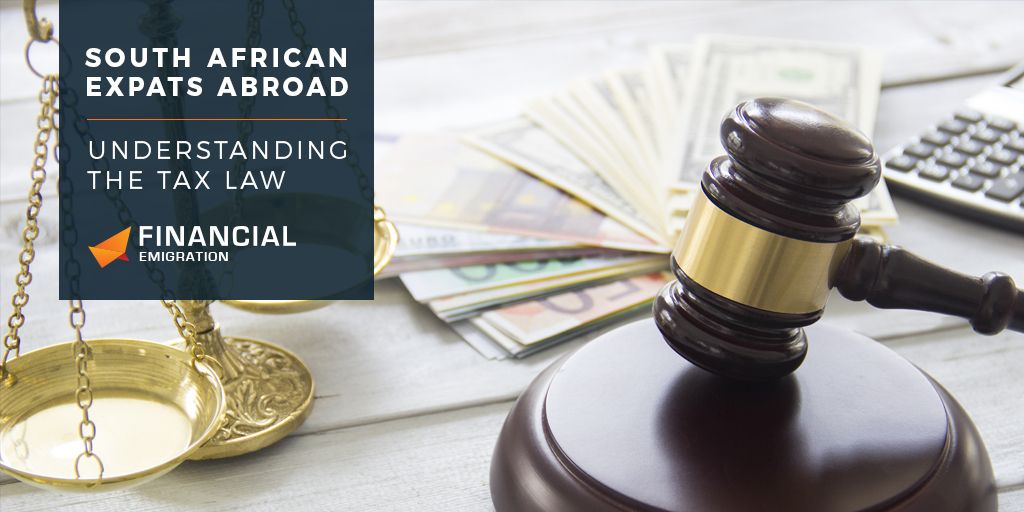 Many South African expatriates believe that the law has not been legally amended and will thus not affect them. This belief is unfortunately incorrect, as the law change has been fully enacted. This new law, however, will only come into effect 1 March 2020 – the reason for this delayed effective date is to provide South African Expatriates the opportunity to lobby Parliament and further to allow expatriates and their employers to get their ducks in a row.

“There shall be exempt from normal tax— any form of remuneration— to the extent to which that remuneration does not exceed one million Rand in respect of a year of assessment and is received by or accrues to any employee during any year of assessment by way of any salary, leave pay, wage, overtime pay, bonus, gratuity, commission, fee, emolument or allowance, including any amount referred to in paragraph (i) of the definition of gross income in section 1 or an amount referred to in section 8, 8B or 8C, in respect of services rendered outside the Republic by that employee for or on behalf of any employer, if that employee was outside the Republic”

Whilst this may sound like enough, the problem is that employment income also includes allowances and fringe benefits paid to expatriates, which cannot economically be considered as “earnings”. The reality is that house, security, flights, etc. are mostly part of expatriate packages to allow the expatriate to work in the foreign location. These eat up the R1m threshold quickly, especially considering the harsh and expensive environments into which expatriates must often operate.

What are the options?

There are effectively three schools of thought for expatriates, excluding those who are adopting an “ostrich, head in sand” and / or “catch-me-if-you-can” approach:

The most compliant way to fully ensure that foreign income earned as a South African expatriate is protected from South African tax is to formalise one’s emigration through SARS and the South African Reserve Bank.

This process is commonly known as Financial Emigration, and once undertaken by an expatriate, it cleanly cuts ties with South Africa from a tax perspective regarding foreign income – income is interpreted widely and thus it is not just employment income, but all income received from all sources abroad, including interest, dividends and rental income etc.

One of the important items noted in last year’s Parliamentary process, was the caveat against last minute changes. It was noted that someone who has been an expatriate for a long period and that emigrates just before the 1 March 2020 effective date, must expect that their actions will be viewed with the necessary suspicion.

The prudent and fiscally conservative position remains to always have your tax affairs with SARS fully up to date and legally compliant – this includes having the correct tax status noted on the SARS system. Tax strategy includes that the SARS auditor must see a history and consistency in compliance, thus meaning the taxpayer is determined as a low or no-risk taxpayer.

Contact us for more information about the new law, financial emigration or how to get your tax affairs in order:

Expats must act to avoid consequences of new tax law

South African Expats – Hiding from SARS could lead to a criminal record without...