The draft Taxation Laws Amendment Bill (“TLAB”) was published on 31 July 2020 and with it comes an overhaul of the regime for taking your retirement funds abroad. In terms of the proposed amendments, expatriation of these benefits will be subject to a much stricter process from 1 March 2021 onwards.

This concession is provided for in the respective definitions of “pension preservation fund”, “provident preservation fund” and “retirement annuity fund” (collectively referred to as “retirement funds”) in section 1 of the Income Tax Act No. 58 of 1962 (“the Act”). Each definition makes provision for withdrawal where a person “is or was a resident who emigrated from the Republic and that emigration is recognised by the South African Reserve Bank for purposes of exchange control”.

The law in its current form has undergone several amendments, but in principle the concession was first introduced with the Taxation Laws Amendment Act No. 3 of 2008.

The amendment comes as no surprise, as government made its intentions clear in the February Budget Speech, per Annexure C to the Budget Review: “As a result of the exchange control announcements in Annexure E, the concept of emigration as recognised by the Reserve Bank will be phased out. It is proposed that the trigger for individuals to withdraw these funds be reviewed”.

Now that day has come.

The Explanatory Memorandum to the TLAB echoes what was said in the February Budget, that the regime change arises as a result of the modernisation of the exchange control system. The Explanatory Memorandum further notes that “a new test should be inserted which will make provision for payment of lump sum benefits when a member ceases to be a South African tax resident”.

The change is brought about by the amendment of the relevant definitions in section 1 of the Act, by the substitution of the reference to the emigration process with a new test which only allows withdrawal in respect of “a person who is not a resident for an uninterrupted period of three years or longer”.

This may seem like a complete deviation from the previous position, but where one studies the development of the current law in detail, it is evident that tax residency and the financial emigration process (if done under the correct circumstances) are inextricably linked. Arguably, this is revealed by the amendment, as the administrative process has now been stripped away, leaving only the fundamental element of tax residency.

In any event, from 1 March 2021, withdrawal of retirement benefits will only be allowed where a person can prove they have been non-resident for tax purposes for an unbroken period of at least three years.

How will the test be applied?

It is important to note that in terms of section 102 of the Tax Administration Act No. 28 of 2011, the taxpayer bears the onus of proof. So, it will be on you as the taxpayer to prove to SARS that you have been non-resident for the required time period.

However, the determination of a person’s tax residency is very much an exhaustive, fact-driven enquiry. It is inconceivable to see how SARS will accept an assertion of non-residency unless you have indicated a cessation of residency in your tax return at some point. Such a declaration must of course be well-considered, as this would trigger a deemed capital gains tax event under section 9H of the Act.

Where you have factually ceased residency but have not indicated this on your return, you may have some difficulty explaining this to SARS.

There is no certainty on the administration of the new test at this stage and some clarity is required on transition to the new rules. For example, how will SARS deal with cases where the process of financial emigration has commenced but is not concluded by 1 March 2021? Will SARS treat those who have initiated the process under the old rules?

Those with an ounce of wisdom would not sit around to find out. Where your facts permit, you should avail yourself to the path of least resistance and formalise your emigration promptly. 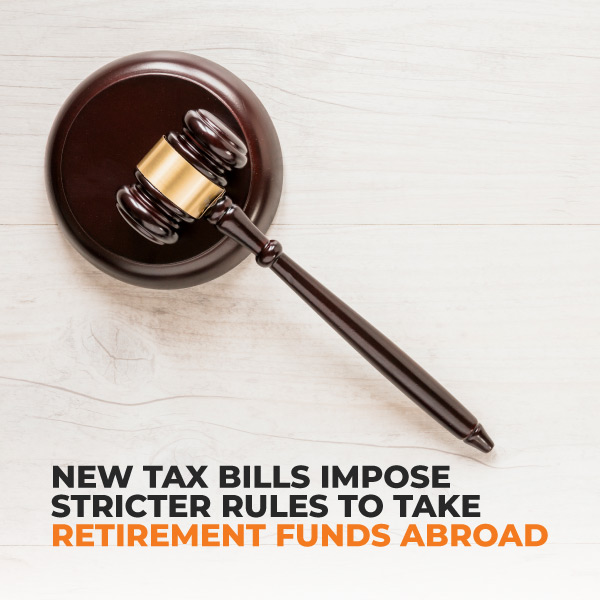