KNOW WHEN YOUR TAX PRACTITIONER IS WORKING FOR SARS

SARS Views – Not a Law Unto Itself

It is an unfortunate sight when tax advisors from varied backgrounds, but more so those who do not have a legal background, turn a blind eye to South African tax legislation and rather submit to the ever-dominating “views” of SARS.

Arguing with such an advisor who uses “SARS said…” or “SARS’ interpretation note…” is like screaming into a black hole. Unlike for practicing attorneys, who are officers of the Court and must serve the Court to come to the correct decision; the tax practitioner plays a different role.

SARS’ views are unavoidably one-sided, and the ethically correct space for a tax practitioner to operate is to provide balance to the equation, whilst always ensuring full compliance.

When a tax advisor only makes use of the views, or releases of SARS to determine what is best in one’s situation, which occurs more often than we like to believe; it generally ends with the taxpayer inadvertently and unnecessarily compromising their position, in favour of SARS.

A true tax advisor must read the law. If this is not the starting point of their advice, there is already a problem and the advisor sets the client on a trajectory of paying too much tax or selling a tax service which is not really needed.

With the correct interpretation of the law, the tax advisor has a chance. Without it, SARS reigns supreme, swinging its sceptre in favour of its own agenda.

The issue with a tax advisor taking the words of SARS as gospel, is that SARS is a litigating party to any dispute with a taxpayer. It is therefore inconceivable that SARS’ views on legislation, “must be correct”.

SARS has one job, to collect as much revenue from the taxpayer as possible, and not to provide ways for the taxpayer to reduce their liability. For some reason, tax advisors seem to forget this and play straight into the field of SARS’ collection priorities.

The Full Might of the Letter of the Law

Our Constitutional Court has clearly stated that SARS’ view cannot be relied upon, and specifically refers to SARS’ Interpretation Notes. In the ConCourt case Marshall and Others v Commission for the South Africa Revenue Service, the Court stated:

“Why should a unilateral practice of one part of the executive arm of government play a role in the determination of the reasonable meaning to be given to a statutory provision?…In those circumstances it is difficult to see what advantage evidence of the unilateral practice will have for the objective and independent interpretation by the courts of the meaning of legislation, in accordance with constitutionally compliant precepts. It is best avoided.’ (Emphasis added)

This Judgment is damning against SARS, and goes on to state, “Deference to an administrative body’s own interpretation of the meaning of a statute which it is responsible for implementing should be avoided, particularly when the administrative body is party to the litigation.”

With the law in hand, a tax advisor that has been to Tax Court is an invaluable weapon. Having stood toe-to-toe with SARS on many occasions, and having insight into their strengths and weaknesses but more importantly understanding the legal obligations to win a case, becomes the only reliable stronghold to a daunting fight against the great collector, SARS.

In terms of section 102 of the Tax Administration Act No. 28 of 2011, the onus of proving, “that an amount, transaction, event or item is exempt or otherwise not taxable”, falls on the taxpayer.

Thus, the taxpayer bears the onus of proving that they are “innocent” on a balance of probabilities. Our Court’s in a decision by the Special Court in ITC 43, held that, “in the case of all things being equal we are bound to decide in favour of the Commissioner.”

This means that the starting point for any tax planning or compliance advice, including SARS disputes, should be whether the taxpayer has passed the burden of evidential proof.

The Law will Seal the Deal

It is so important to have a legally literate tax advisor with tax court experience, who is capable and willing to use all available legal weaponry in their arsenal to advance your case.

More importantly to ensure that the advice given to you prior to you even needing to step foot in a Court, is holistic and grounded in law, not on SARS’ opportunistic interpretation of the law.

The next time you get an audit finding or your tax advisor hammers on “SARS will say this” and “SARS will say that”, be mindful of what the Constitutional Court has said about the views of SARS, that they ‘best be avoided’. A Tax Advisor is there to serve the taxpayer’s interests, not the interests of SARS. 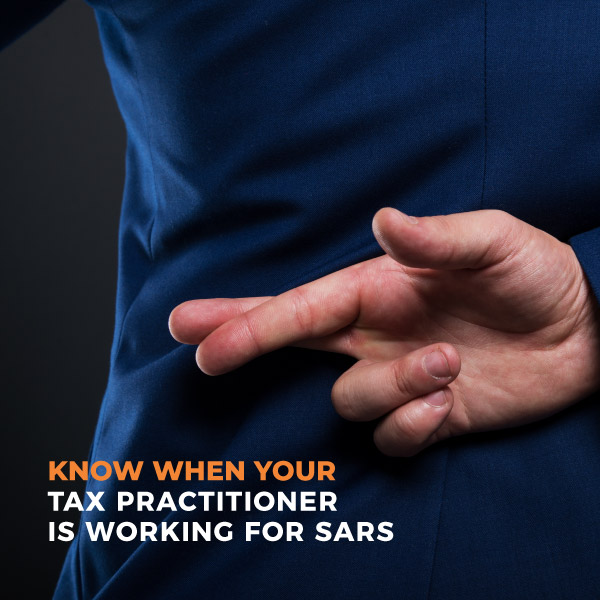 More News
NEWS | EXPAT TAX – WHAT YOU NEED TO KNOW

NEWS | I WOULD LIKE TO EMIGRATE USING MY PROVIDENT FUND. HOW MUCH WILL I BE...
Scroll to top