There is a lot of misinformation circling in the South African expatriate community about the amended expatriate tax law taking effect on 1 March 2020 and the process of Financial Emigration. We often have clients approach us where they have been subjected to scaremongering or solicited by “one-man” bands promoting their own agenda. These so-called “experts” have seemingly fallen from the sky, as none of them were present in Parliament in 2017 nor were they at the National Treasury and SARS consultative sessions earlier this year. Noting this, we have provided a concise breakdown of the process of Financial Emigration in order to clear up any remaining uncertainties.

Undergoing the Financial Emigration process, proves one’s intention to permanently reside outside of South Africa which coincides with South African tax residency tests – thus the formalisation of both exchange control and tax residency statuses being noted as “non-resident”.

Individuals who are considered South African residents and leaving South Africa to take up permanent residence in a country outside of the CMA (Common Monetary Area), may apply for Financial Emigration. Financial Emigration applications must be accompanied by a duly completed MP336(b) form, together with a ‘Tax Clearance Certificate – Emigration’ obtained from SARS. Applicants must declare all their current remaining assets and liabilities in South Africa on their MP336(b) form. Any assets belonging to the emigrants must be brought under the administration of an Authorised Dealer, which basically entails that the Authorised Dealer keeps a record of all assets, and should they be disposed of this must be recorded with the SARB.

One application can be done per family unit, which includes minors with no tax numbers. All assets must be declared, which include properties, shares, bank accounts, life policies and so on. Current credit and debit cards are not allowed to remain open; credit cards will have to be paid off and closed. Only one Authorised dealer can be used per application due to the complexity of monitoring this type of application. Thus, bank accounts with other banking institutions will need to be closed.

Proceeds of Funds and Remaining Assets

Financial Emigration, recognised by SARB and SARS, does make provision for withdrawals of lump sum values from the retirement annuity funds as one has ceased their tax residency. However, policy holders do not need to withdraw these funds should they not wish to and can continue to contribute accordingly. Proceeds of policies can be transferred abroad once withdrawn however these must first be paid out in Rands as per SARB rulings.

Any proceeds from assets declared on ones MP336(b) form such as policies, sale of unit trusts or a property must be deposited into ones Emigrant capital account, held at the chosen Authorised Dealer. These proceeds as well as cash balances in bank accounts can be utilised in SA, transferred to another SA bank account otherwise transferred abroad.

Income due to the emigrant such as interest and rental on fixed property may continue to be earned after the Financial Emigration process, however these funds must be substantiated by the production of supporting documents, such as rental agreements. Only the Authorised Dealer holding the emigrants remaining assets may allow the transfer of funds.

Provided that the funds have been declared on the MP336(b) form, any transfers out of an Emigrant Capital account can be made, however one will need to give instructions to the bank in order to do so. Transfers into a South Africa bank account can also be made yet supporting documents for the source of funds may be required to authorise these funds.

“You must liquidate all your South African assets” – One’s asset portfolio can remain the same even once the SARB process is complete. One can still hold, and further contribute to assets in South Africa and may even gain more assets in South Africa should one wish to. It is always best to communicate with policy and other providers to ensure that they are aware you reside abroad as this may amend certain conditions for one’s contracts.

“You must give up your passport” – Once you have completed the Financial Emigration process you still remain a South African citizen and can retain your South African passport. You can therefore still return to South Africa for visits and holidays without requiring a visa. One is considered a non-resident in terms of SARS and SARB with Financial Emigration, and relinquishing one’s citizenship is a different formal process through Home Affairs.

“You do not need to file tax returns in South Africa anymore” – Once Financial Emigration is concluded, this does not mean that you are exempted from submitting yearly tax returns with SARS. Even if nil returns, one will not be automatically de-registered from SARS. After financial emigration, only South African sourced income will need to be declared –  once you dispose of all your assets such as bank accounts, properties, trusts, shares and policies, then you can deregister for tax in its entirety, through a formal process with SARS, and then one will not need to submit any tax returns. 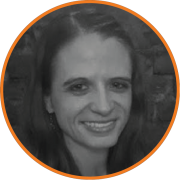 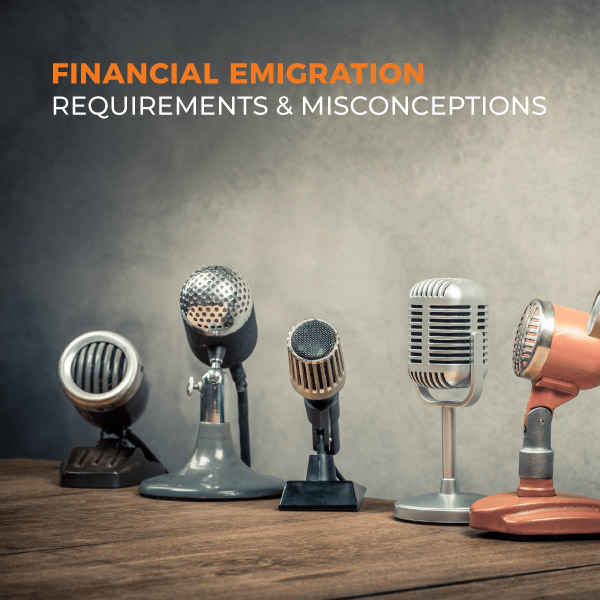