YOU ARE NO LONGER RESIDING IN SOUTH AFRICA, BUT DID YOU LET SARS KNOW?

South Africans working abroad seldom follow the correct procedures when it comes to matters pertaining to tax. Most of the concerns originate from the uncertainties surrounding the ceasing of their tax residency, with many not even sure what the term really means. With the South African Revenue Service (SARS) on high alert for non-compliant expats, it is important to understand your tax residency status. 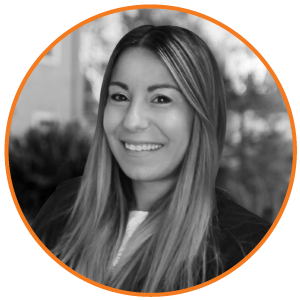 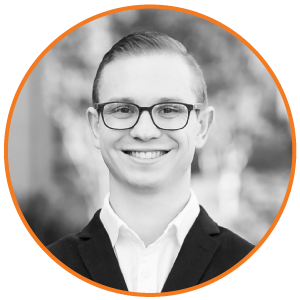 Simply put, tax residency refers to residency based on the jurisdiction that holds the right to tax you on your earnings. It provides clarity to revenue authorities about your residency for tax purposes. In other words, your tax residency has nothing to do with your citizenship in a tax residency-based system. For example, you might be a South African citizen but be a tax resident in Germany.

The example above, however, is not an automatic process. Your tax residency status with SARS will never change of its own accord. To better understand the implications of working in another country, try to view it from SARS’ point of view. How will SARS know if you move to another country for work and meet the requirements for South African non-residency? While information could be obtained through a multilateral or bilateral information exchange agreement between South Africa and another country, it is not SARS’ responsibility to check up on your whereabouts or to find out what you are up to.

They have no idea whether you are visiting the country, working from there or emigrating, unless you inform them of your intentions. Their function is to actively pursue the collection of taxes from South African taxpayers. If you do not inform SARS that you will no longer be resident in South Africa for tax purposes, they will continue their pursuit to collect tax from you as though you are a South African taxpayer living and working in the country.

The burden of proof is solely on the taxpayer in South Africa to evidence and declare their tax status, thus SARS will not automatically update anything even if you meet all criteria to break tax residency. You will need to go through a formal declaration process.

How to cease your tax residency

There are only two ways to cease your tax residency: under a Double Taxation Agreement (DTA) or when completing a financial emigration. Both these options can offer you relief from being taxed on your foreign income. When weighing up the pros and cons of each option, it is important to decide whether you intend returning to South Africa in the near future, because your intentions will help determine which one to choose.

This is a once-off ceasing of your tax residency. It means you are not planning to return and reside in South Africa. A financial emigration, the process of permanently changing your status from tax resident to non-tax resident, usually accompanies the act of emigration, the process of physically relocating to a new country. It is dealt with according to SA Income tax law and not according to any tax treaties. You would exercise your right to break tax residency dependent on certain criteria once-off, and this would note you legally as an SA tax non-resident wherever you might live abroad.

Temporarily ceasing your tax residency under a DTA means you are likely to return to South Africa at some point in future. It is important to note that a DTA does not simply mean you will pay tax in one country or another. It is international legislation that is agreed to between two countries. Where taxpayers working and / or living in a foreign tax jurisdiction meet all the criteria as set out in the specific DTA between the relevant countries, they can claim relief under that DTA – this does not automatically apply.

The criteria will often include determining one’s residency status in the foreign tax jurisdiction, obtaining a tax residency certificate from the foreign tax authority, compiling evidence to confirm that the legal requirements for DTA relief are met, and supplying this evidence to SARS. In other words, you must be able to deliver evidential proof that you are classified as exclusively tax resident in the host country (which, as mentioned above, has nothing to do with your citizenship or immigration status).

Whichever of the two options are most suitable to your unique needs, it will still require future planning to mitigate your exposure to additional taxation.

How will you know if your tax residency status has been changed?

Assumptions can be dangerous when it comes to taxation. It is, therefore, important never to assume that either of these processes would take place automatically. You must first conclude a formal application. It is not a change of status that can be facilitated on call centre or branch level. Sending an e-mail to let SARS know as an FYI, will not alter your status in the least. You will need to prove to SARS that you are not resident in South Africa for tax purposes, which SARS can still turn down if the evidence does not merit the application.

As a general indication, if you have not been through a SARS audit and received an official communication stating that your tax residency has been ceased, then you have probably not ceased to be a tax resident of South Africa.

SARS has created a non-residency department and started sending out certificates or official letters to confirm an individual’s non-residency, which is a move in the right direction. However, for SARS to issue this certificate stating that you are no longer a tax resident of South Africa, they will first conduct an audit to assess your past compliance and if you meet the criteria for non-residency. If you have not followed the correct procedure, you are at risk of your assumed non-residency being undone when you next engage with SARS.

It is important to carefully evaluate the objective factors when applying for relief under a DTA or doing a financial emigration, as it could hamper your application. These include, among others, whether your spouse remains in South Africa, whether you intend to reside again one day in SA, or whether you still own property and under what capacity in the republic.

By ceasing your tax residency, it indirectly shrinks the tax base in South Africa, which is why SARS will make sure of your objective circumstances when conducting their audit. They could ask if you have bought property in the other country, whether your visa allows you to stay there indefinitely, or whether you have a clear path towards permanent residency in the foreign country.

Obtaining assistance from an experienced tax consultancy who understands the intricacies of ceasing one’s tax residency, can help you to avoid the potential pitfalls when applying for a DTA or completing a financial emigration.

What Is A Tax Diagnostic?

Tax Non-Residency And Property In South Africa
Scroll to top