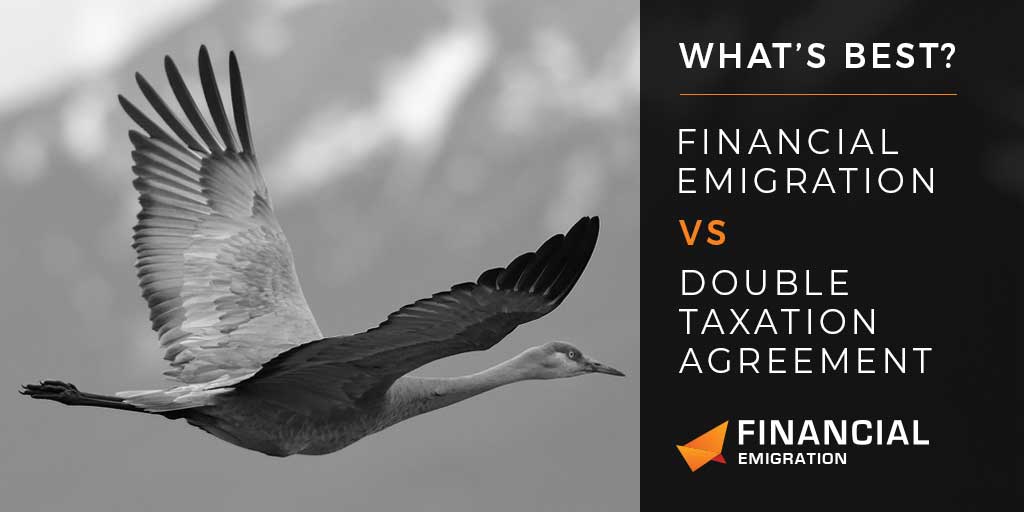 There is so much misinformation flying around the South African expatriate community at the moment. Service providers perpetuate this using scare tactics and promoting what will benefit them and their bottom line over what is best for expats at large.

First of all, there can never be a one size fits all approach. Financial Emigration (“FE”) requires certain criteria to be met before one can undergo the process. Likewise, using a Double Taxation Agreement (“DTA”) will only be suitable for certain individuals.

Before going into the advantages and disadvantages of both, it must be noted that South African’s abroad whatever their decision should absolutely get to know the tax law that currently affects them and will affect them more so once the tax law amendment becomes effective on 1 March 2020.

Before going into the advantages of the FE process, the main requirement to be able to undergo this process is to have a permanent intention that you will not be returning to South Africa on a permanent basis. Intentions change all the time, so the intention must merely be this when deciding to proceed with FE.

The advantages of FE are that it ensures that your taxes are fully compliant, and that SARS makes a decision on your tax residency status which cannot later be reversed on the same facts by SARS itself. This means that once you have financially emigrated SARS cannot then change its mind and start raising taxes on your foreign income. You however have all the power and are able to come back to South Africa and reverse this process yourself without the adverse impact of worrying that SARS may attempt to tax you on those years you had been financially emigrated.

Another very important point to note is that you are able to backdate your financial emigration, under certain circumstances, to the date you actually left South Africa. Often South Africans have been abroad for many years without formalising their emigration, and being able to backdate FE can be extremely useful in lowering any capital gains tax liability that could arise.

Once the FE process has been completed, South African expatriate tax law on your income earned abroad no longer has any effect on you and thus creates no South African tax liability on your foreign income whatsoever.

FE also provides the rare opportunity to encash your retirement annuity without any early encashment penalties. Thus, you are able to obtain those funds and transfer them abroad, or if you prefer you can leave such policies as they are in South Africa.

In terms of the cost to FE, this is cheap relative to the potential tax savings and compared to that of applying the DTA.

Of course, there are a whole host of advantages to FE, only a few important ones are mentioned above.

Unlike the advantages of FE, the disadvantages are far and few between. The first is that of your bank account that you may hold in South Africa – it changes status from a resident account to a non-resident account, also commonly known as a “blocked asset” or “capital” account.

The other names for this account often alarm people into thinking that the bank freezes/blocks the account and you are unable to transact. This is a fallacy as the account is fully functional except for a hurdle, which is easily overcome. This hurdle is that the account no longer allows for internet banking transactions, this is done for security reasons and thus makes the account one of the safest accounts to be transacting with. Although safe, expats generally rely on being able to transact online.

This is not as big an issue as one might think. Once your account is changed into a non-resident account, you are assigned a relationship manager which works very much like that of a personal banker. You are able to choose the method of corresponding with this person, which generally is telephonically or by email – of course this will take some getting used to, but it does work and with some ease. Having your own private banker can make this even easier, but is definitely not a requirement. You are able to still have all your debit orders and make payments as you please, it just all goes through the relationship manager.

Another disadvantage is that you are no longer permitted to hold a credit card in South Africa, or have personal loans (a mortgage bond and vehicle finance is allowed). Thus, these will need to be settled before the FE process.

Undergoing this process is somewhat more complicated than FE and is generally used for those expats who are on short term work contracts and intend to return to South Africa within a few years.

The advantage of applying a DTA is that you do not need to undergo any formal process in South Africa, it leaves an expat with the opportunity to make decisions on a whim as long as the expat ensures that it still fulfils the requirements of the DTA to be a non-tax resident in South Africa.

DTA’s are also a less permanent solution, meaning that a person working abroad can apply the DTA and be fully exempt from paying taxes in South Africa on their foreign income and will not have to reverse any formal process if they do return to South Africa.

If you have not financially emigrated, and SARS comes knocking, the DTA may be your saving grace in holding off SARS from taxing your foreign income. Ensuring that you comply with the DTA, if you choose this route, is of utmost importance if you want it to protect you.

Applying a DTA to your situation is a yearly process, which means that every year you will need to “convince” SARS that you are a non-tax resident of South Africa in terms of the specific and relevant DTA. This is a disadvantage because it can become an administrative nightmare and having to prove to SARS you are non-resident on a yearly basis may be a battle.

Furthermore, to prove you fit the bill in terms of a DTA, SARS often requires a tax residency certificate to be submitted to them from the country you are paying taxes in. This may seem simple enough, however this is often not the case. For instance, in the UAE, obtaining such a certificate can mean taking two full days of your time to go through the process, or finding a service provider that will do this for you, and there can also be very stringent requirements in a country to obtain such a certificate. Even more worrying is that certain countries don’t have a formal process in place to obtain or even supply such a certificate. In certain countries service providers are charging a hefty fee and you will need to obtain this certificate every year. Thus, the costs in the long run could be far higher than that of financial emigration.

DTA’s being a less permanent solution are also therefore a riskier solution. Nothing is final when dealing with DTA’s due to the yearly nature of the proof you need to provide. However, a way to solidify this is by obtaining a legal tax opinion confirming your non-residency in terms of the DTA. Having such a document protects you from SARS and can be used to support your non-residency year to year. The legal opinion would be valid for as long as your circumstances which are material to the opinion do not change.

As an attorney, one always understands that each client is different, and their specific circumstances must be considered when choosing the best legal avenue to go down. Each individual will firstly need to see if they fit the requirements of the options available, and if they do, they will need to weigh up the pros and cons of each.

Either way, you can be protected, the new expatriate tax law does not have to be the straw that breaks the camels back.