Thousands of South Africans will be impacted by new amendments to the Income Tax Act which will come into effect from 1 March 2020, says Nicolas Botha, a senior financial emigration specialist at Tax Consulting SA.
Speaking in an interview with 702, Botha said that South African tax residents who render services outside the country on behalf of an employer for longer than 183 full days in any 12-month period can be granted an exemption on their income tax.

However, under the new rules set to be introduced in March, these South African will only receive a break on the first R1 million earned abroad. After this you can be taxed according to South Africa’s own income tax system, he said.

Botha said that the majority of clients his firm deals with sit within this R1 million-plus bracket, especially as the calculation considers additional benefits such as housing allowances and education.

“Treasury cross-referenced South African experts and immigration stats and compared them to compliance with tax returns.

“What they noticed was that there was a vast difference between these immigration stats and people being compliant, so it was almost a bit of a scare tactic to wake up South Africans to correct their returns and get compliant.

“Obviously they are also under-budget, and experts earn a lot, so they perhaps want a piece of that pie as well.” Understandably, some expats are aggrieved by this change.

Concerns have been raised that limiting this exemption may increase permanent emigrations from South Africa and have a negative impact on remittances to country, particularly for those with lower incomes working abroad.

National Treasury is, however, firm in its view that the R1 million threshold is already a compromise, and that from a policy perspective the abuse of the exemption by some expats unfairly benefitting from “double non-taxation” (i.e. not paying tax in either South Africa or the foreign country in which they work) must be stopped. 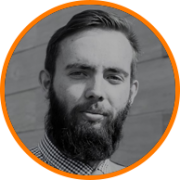 NEWS | TAX D-DAY IS HERE: SA EXPATS IN FOR A BUMPY RIDE WITH SARS
Scroll to top