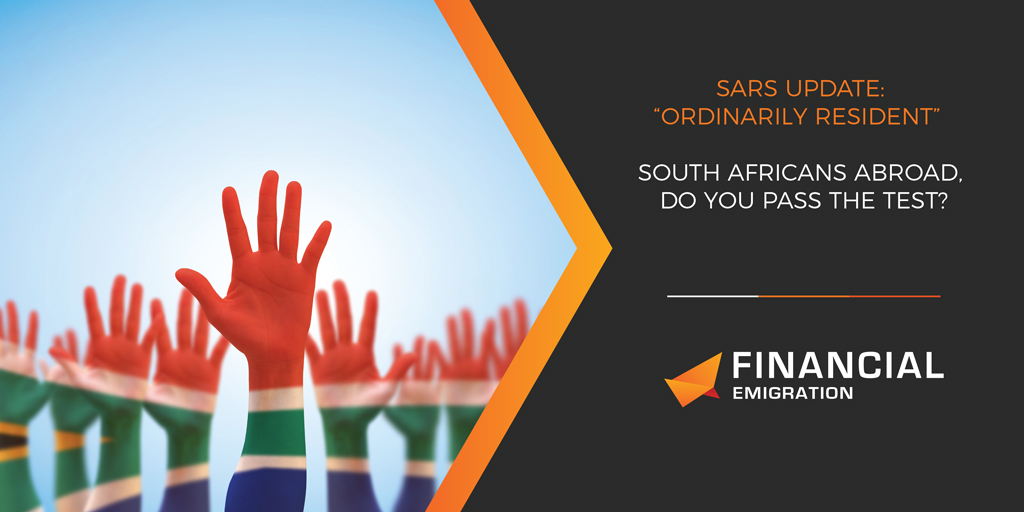 The term “ordinarily resident” is not defined in South African legislation but has been interpreted by South African courts for almost a century when dealing with tax law matters. The South African Revenue Service (“SARS”), in 2002, released an Interpretation Note (“IN3”) that assisted taxpayers in understanding the term, and which considered case law as well as other factors in bringing about some clarity on the term.

On the 20th of June 2018, SARS released an update to IN3, being “issue 2”. The update deals slightly more in depth with the term “ordinarily resident” and also takes into account dual taxation agreements.

It must be noted that there are no significant amendments in the latest IN3, which makes the release somewhat odd, especially considering that no new specific case law has been added either.

This update may be partly due to the amount of media attention South African’s abroad have been receiving over the past year. This is worrying because SARS may be using this update as an opportune time to tighten the noose on those South Africans.

Clearing up the Uncertainty for South African’s Abroad

Taxpayers having to navigate all these factors can create a mountain of uncertainty. Arguably the best way to clear up the uncertainty is to formalise your emigration through SARS and the South African Reserve Bank (“SARB”). This process requires only one factor to be taken into account – one’s intention.

The formal process of emigration is known as financial emigration, and if this factor was placed amongst the other factors in the second prong of the ordinarily resident test, it would outweigh those factors for the simple reason that SARS, once accepting your financial emigration, taking into consideration only that you have left the country and have the intention to permanently reside abroad, does not take into account the further factors.

One is thus able to financially emigrate, cease their tax residency in South Africa, and therefore “beat” the ordinarily resident test.

While South African tax legislation may be complicated, there is assistance out there to help you navigate the uncertainties, and there are various options to consider. My suggestion is to find an expert in the field instead of attempting to figure it out on your own. As the old adage by Abraham Lincoln goes, “A man who is his own lawyer, has a fool for his client”.

What is CRS and why should I care?
Scroll to top