South Africa has experienced a large brain drain over the past few years with many skilled South Africans emigrating. However leaving South Africa doesn’t mean you can forget your relationship with SARS.

“No matter where you decide to live, you are still obligated to declare your worldwide income every year to SARS and pay tax on it  for so long as you have not formalised your non-tax residency with them,” says Reabetswe Moloi, Admitted Attorney at Financial Emigration, a division of Tax Consulting South Africa.

In addition, paying tax to a foreign government doesn’t mean you don’t have to settle your SARS bill as well. So you could end up being double taxed.

“However, depending on your situation, you can either reduce your tax burden or do away with it completely, provided you act immediately,” advises Moloi.

Most South African emigrants move to a new country with the dream of laying down permanent roots and little thought of one day returning to South Africa. They generally have a more complex portfolio of assets, investments and life responsibilities than younger adults. Mostly, they want to preserve their wealth to ensure a stable and secure future for their family.

The last thing they need is a surprise audit letter from SARS, demanding an account of their assets and income. Especially if it comes several years after they’ve settled down.

It might seem easy to throw it in the bin and forget it. But, as SARS becomes more technologically advanced and integrated into a global system of information sharing, it’s only a matter of time until the letter in the mail becomes a knock at your door.

“It’s far better to get your house in order before that day inevitably arrives,” says Moloi.

What you can do

Emigrants have several options available to them. These depend largely on their intent and their ability to prove it, that is, whether they mean to depart South Africa permanently or to eventually return.

“Never attempt to deceive SARS or your expatriate tax advisor about this because true intentions leave evidence and you will be found out if abusing these provisions,” warns Moloi.

The first option is that, by law, the initial R1.25 million of an expatriate’s annual income is exempt from taxation, provided they are employed. Independent contractors and consultants, and those earning income from assets, like rental property or investments abroad, do not qualify for this exemption. It is important, however, that , you submit a tax return for the year of assessment in question in order to claim and benefit from the exemption.

The second is that you may qualify to pay tax to only one government, provided your destination country has a double tax agreement signed with South Africa. It is better to make sure of this before emigrating.

The third option is formalising your non-tax residency status by way of financial emigration, which allows taxpayers to relieve themselves of their tax burden to SARS in full. This is the most desirable route for anyone intending to remain permanently outside South Africa. However, the process is incredibly complex and needs to be managed carefully to be successful.

Knowing the best option for your situation and how to navigate each path correctly requires the assistance of a tax professional who specialises in expatriate tax matters.

They should also be backed by a strong legal component, that is, attorneys and tax practitioners who are deeply familiar with intricate tax laws. “Having good legal and technical advice on your side gives you an edge when dealing with SARS,” says Moloi. 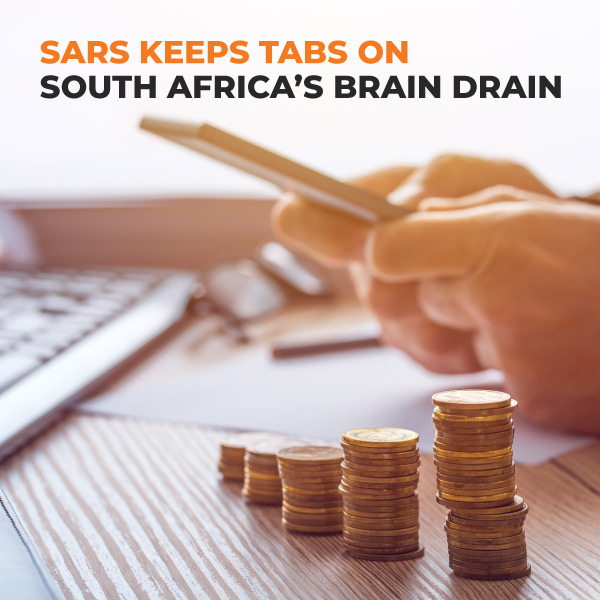 NEWS | ARE YOU A MILLENNIAL AND EMIGRATING? DON’T KISS SARS GOODBYE YET

NEWS | EMIGRATING AT 55 PLUS? YOU STILL PAY TAX AND YOU’LL WAIT FOR YOUR ...
Scroll to top