Looking at global statistics and for those following international news, it appears South Africans can be grateful for not being hit as hard as other countries by Covid-19; yet. In saying that, South Africa is unlike the United States and countries in Europe that are better equipped to shield its subjects from the ramifications of the pandemic, even if these countries face a much higher infection rate at this stage.

The questions on the minds of many are how our health and social system will handle the virus when the infection rate increases; what businesses will be left; what will the impact of new levels of unemployment have on our economy, and what will happen to the Rand which is now at an all-time low?

The South African economy cannot really weather a crisis of this magnitude at this point and a major concern is how our government will keep things afloat. The government announced a massive economic and social package worth approximately R500 billion to fight the crisis. With an existing budget deficit, tax relief measures that will result in a further R70 billion revenue cost and an ailing economy, it begs the question how all of this will be funded.

A wealth tax was touted in recent years in South Africa; but seems to have lost steam. However, globally, there are now many countries calling on a once-off wealth tax to help fund the pandemic. We are relatively sure the discussion of a wealth tax will get back onto the table; taken the South African realities of the Covid-19 environment. This may become a central topic in the post pandemic recovery phase, where a wealth tax will be justifiable as would be using pension investments, as it comes down to a question of survival.

The potential repercussions of the Covid-19 crisis may be a compelling reason on its own for those with itchy feet to leave South African shores permanently, but this is just one of many more that existed pre-Covid-19, which remain applicable (and maybe more so as the crisis unfolds). These include, the fact that expatriates have entered the era of taxation in South Africa on foreign earnings, the promise of more expatriate-centric revenue collection and the spiralling of the Rand against major global currencies.

The upshot is we do not expect a slow-down in the surge of South Africans leaving the country and doing financial emigration, despite the pandemic. These individuals must heed a couple of fundamental principles when choosing their new country of residence –

In light of the current economic landscape, deciding on where to send money offshore may be a foreign concept to entrepreneurs, ‘trust fund babies’ and anyone who has had to work incredibly hard for their wealth in South Africa. However, personal wealth is often the effect of life-long dedication and forward planning.

The same principles hold true for a South African tax resident who plans to send money offshore, start a company or make investments in another jurisdiction. They must be particularly weary and informed. Simply put, if one does not want to come across as inconspicuous, one would need to ensure that one is not sending funds to tax havens, blacklisted countries or lower rated jurisdictions.

Despite how inviting a jurisdiction may be, by settling or making investments in jurisdictions with partial or non-compliant statuses, one would open themselves to scrutiny and investigations by not only the South African Revenue Services (“SARS”) but potentially to financial intelligence units established in South Africa and internationally to combat financial crimes and tax evasion.

It is therefore imperative that when setting up shop or settling in foreign jurisdictions, individuals also look at other important factors such as the information and reports published like the one released by the Global Forum. 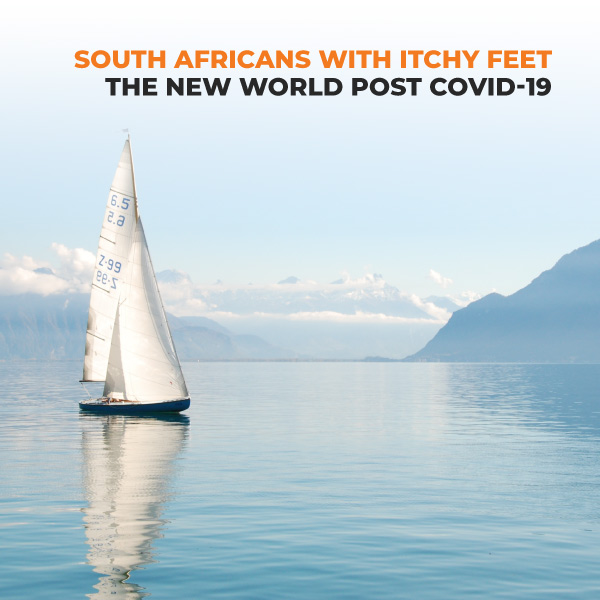