Not surprisingly, there has been an outflow of South Africans in recent years for various reasons, a top reason being the punitive “expat tax” regime promulgated in December 2017, and effective 1 March 2020.

Financial emigration being the main process being used to avoid this tax, as it placed one formally on SARS and SARB record with non-residency status. There were many tax professionals who claimed that emigration through SARB had no bearing on a person’s tax status, but the Budget 2020 announcement has now conclusively confirmed this view as incorrect. As the emigrant is getting from SARS a ‘Tax Clearance Certificate – Emigration”, in practice this is pretty much a conclusive factor that you are non-tax resident, provided the application was truthful and not just to evade taxes.

The Budget Announcement had some surprising announcements on SARB Emigration, making three main points – ‘We want to encourage South Africans abroad to keep their ties with the country’

What exactly is meant with encouraging South Africans abroad to keep their ties with the country, is not clarified. Having ‘ties’ with South Africa is a factor to be considered in whether you are tax resident in South Africa, thus having to declare world-wide income and pay taxes in South Africa. Thus, if having ties means risking to pay tax in South Africa on word-wide income, capital gains, estate duty etc., the more-savvy expatriates may choose to kindly decline this gesture of friendship. ‘We will raise the exempt amount for foreign remuneration to R1.25million’

This announcement was a surprise to many, but not perhaps taken the weakness in the Rand. In Dollar terms, when the law was announced 18 December 2017 the ZAR / USD was R13,10, thus effectively USD76,336 per annum was exempt. On announcement of the new R1.25m at a conversion rate of R15,26, gives you USD81,913 exempt, thus an effective 7% relief over two to three years, depending on the measure applied. The more the ZAR weakens, the more the exemption is eroded.

One can only hope that the ZAR will strengthen in the next 12 months – unlikely. ‘We will phase out the administratively burdensome process of emigration through the South African Reserve Bank’

This is a welcome change as the process is indeed administratively burdensome. However, this change is not immediate and remains the law until the new regime is implemented on 1 March 2021. What this new process will look like are very uncertain, albeit scant details are shared in the Budget Announcement – “Following reforms to the income tax treatment of South African tax residents who receive remuneration outside the country, the government proposes to remove the exchange control treatment for individuals, while strengthening the tax treatment” (emphasis added) contrary to some commentary shot from the hip; whilst it is true that the SARB process will be repealed, there will be ‘strengthening [of] the tax treatment’; we expect a revenue hungry and collection driven SARS to become much more strict on South Africans abroad.

The announcement notes that there will be a – “more stringent verification process, also a risk management test that will include certification of tax status and the source of funds”.

What exactly all of this means is unclear, but a more stringent verification process, risk management test and ‘certification of tax status’; will probably not be a walk in the park which some commentators suggest. Anyone who has dealt with SARS VAT refunds will know that once you are on the radar from a risk management perspective, you must be prepared for multiple requests and a thorough examination.

There appears to be at least some concerted effort on the part of the South African fiscus to speak to South Africans working abroad. The well-respected National Treasury Chief Director of Economic Tax Analysis, was quoted in the media after the Budget 2020 announcement in an article “You will never have to emigrate financially from South Africa – The Budget reveals you will now enjoy a higher foreign income exemption”.

The article is accurate in many regards, but there are some tax technical aspects which seem to have immediately caused confusion amongst the expatriate community –

‘Financial emigrants also faced capital gains tax as they were deemed to have sold all their assets in SA and had to make difficult choices about withdrawing their retirement savings and incurring/ the high taxes that come with making withdrawals. Typically, they have needed advice from advisers charging large amounts for this specialist advice, Axelson says.’

This statement refers to the capital gains tax deemed disposal rule when becoming non-resident; it applies to both when you financially emigrate, claim Double Tax Treaty non-residency or claim to be non-resident for whatsoever reason. Thus, anyone who wants to not be caught by the expatriate tax must pay any CGT exit charge, as part and parcel of becoming non-resident.

The statement is [double] incorrect that the capital gains tax exit charge applies to “all their assets in SA”. In tax law, many assets are not caught by this charge including South African fixed property, private assets, vehicles, cash etc. Also, as a South African resident who becomes non-resident, your world-wide assets are deemed disposed under this tax rule, not only assets in South Africa.

This statement would be correct in many instances, but perhaps misleading for a South African who has left many years ago with permanent intention that South Africa is not their real or main home. Where the taxpayer has failed to comply with SARS and SARB formalities; and now proactively and voluntarily corrects their tax status; this should be applauded.

It would be incorrect to say your intention to emigrate is today, when in truth your intention (which you can objectively evidence, as the onus of proof is on the taxpayer) was to leave, say, five years ago. The truth must be disclosed today and there can be no penalties imposed where you follow the correct SARS Voluntary Disclosure Program (“VDP”).

This announcement around abolishing SARB emigration, in many ways, echoes the massive South African policy shifts to abolish private medical aid and implement expropriation without compensation. The announcement is made, but there is no concrete solution tabled which gives South Africans, who have the means to seek greener pastures, some degree of comfort. As it stands, government is now on record that the projected revenue collection will be R63,3bn short.

The taxes on South Africans working abroad is clearly high on the agenda and perhaps one would be forgiven to be skeptic towards those who advocate that this level of government attention is helping expatriates to escape the tax net. As the saying goes, better the devil you know; this means South African emigrants are now on notice that they have 1 year for ‘financial emigration’; where after an uncertain new “more stringent verification” process, awaits. 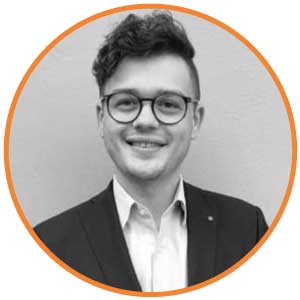 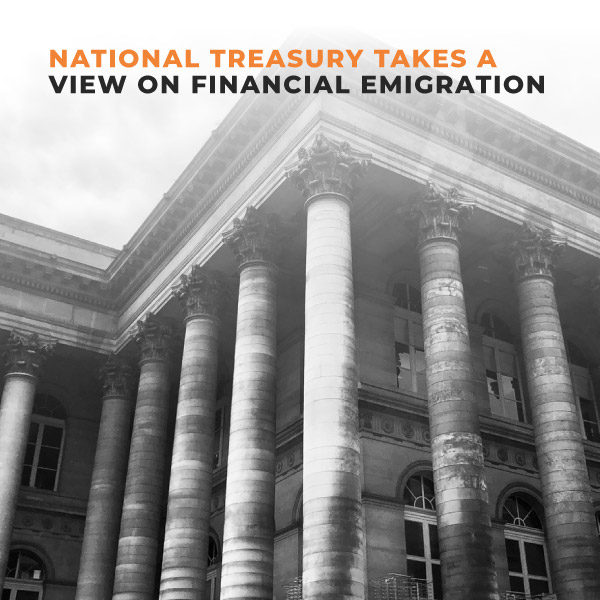 NEWS | TEMPLE GROUP (MAURITIUS) UPDATES ON THE IMMINENT FISCAL REFORMS IN S...
Scroll to top
Visit the Government Portal for the latest updates on COVID-19.
+