LIVING ABROAD? SARS IS STEPPING UP THEIR PROSECUTING GAME

South Africans living abroad should be aware of the seriousness with which SARS is dealing with non-compliance. Provided that you are working abroad and have not ceased your tax residency, while not filing tax returns or declaring your foreign income, you are most likely non-compliant. 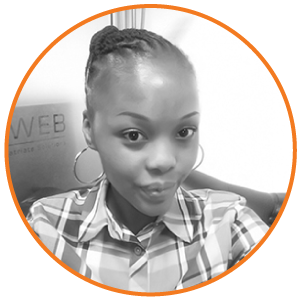 Non-compliancy with SARS will result in written demands and in the end, prosecution. SARS will even prosecute based on past non-compliance; it is consequently important to act before it is too late.

How do you become compliant if you are abroad?

How will SARS enforce their prosecution?

Being non-compliant with SARS leaves you vulnerable to the risk of being criminally prosecuted, even if your foreign address is unknown to SARS. Substituted service gives SARS the power to prosecute an individual whose whereabouts are unknown. Your email address, WhatsApp, Instagram, Facebook, and essentially any form of social media can be used by the relevant authorities to serve a summons. Once it is established that you viewed the summons, a judgment can be reached even in your absence.

This means that, if found guilty of non-compliance, and you do return to South Africa, whether for a funeral, a wedding, or for work, any enforcement officer countrywide may arrest you on arrival. Visiting countries that has an extradition treaty with South Africa also poses a risk of being arrested. South Africa being part of the Automatic Exchange of Information gives SARS the window to gather information from South Africans abroad for prosecuting purposes.

What makes me non-compliant?

There are more ways to be non-compliant with SARS other than not filing tax returns or declaring the necessary earnings. Section 234 of the Tax Administration Act stipulates which actions are deemed to result in non-compliancy with SARS. These actions include the following and are not limited to: non-co-operation with a SARS official, submitting false or incomplete documents, neglecting to notify SARS of the change of personal details, retaining records as required under the Tax Act, employers not paying the tax withheld to SARS, etc. This is not a complete list but performing any of these actions will result in a fine or imprisonment of up to 2 years.

Solely being abroad does not exempt you from declaring your worldwide income and assets to SARS. Unless you have formally ceased your tax residency you will still be seen as a tax resident and will need to declare worldwide income and assets. The onus remains with the taxpayer to declare and formalise their tax residency with SARS to avoid being prosecuted due to a non-compliant profile. Even if you are not a citizen of South Africa anymore, you still have the obligation to formalise your tax residency. The reason hereof is that citizenship is a home affairs status and tax residency a SARS status, the two are not aligned and do not depend on one another.

SARS is stepping up their prosecuting game. With recent criminal proceedings being actioned against individuals for basic non-compliancy, such as not filing a VAT return, SARS is clearly not holding back. As soon as SARS actions prosecution against an individual, it has already reached a point of no return and it is too late to rectify non-compliancy of the past.

SARS has made it clear that no stone will be left unturned, and they are especially looking into South Africans who are based abroad. Therefore, it is in your best interest to make sure that all your tax affairs are in order and that, if applicable, your non-residency has been formally declared regardless of the number of years you have lived abroad.

To avoid any prosecution or potentially having a criminal record against your name, do not leave anything to chance. If unsure of your compliancy or residency status, seek advice from a tax practitioner immediately.