EXPATS CAN CASH IN RETIREMENT ANNUITIES TO HEDGE AGAINST VOLATILE RAND

South Africans living abroad who have not yet financially emigrated and cashed in their retirement annuity savings are concerned about the volatile rand exchange rate.

Tax Consulting SA expatriate tax specialist Victoria Lancefield said expats living in a range of countries from the United Kingdom, Ireland and the Netherlands to Portugal, France, Bermuda, China, Australia, Canada and the United States all shared the common concern about the gradual erosion of their investments left behind in SA.

“South Africans are worried that their retirement annuities, whether they have been ‘paid up’ or they are still making monthly contributions to these investments from their foreign or other local income, are gradually losing value over time as the rand slips against the US dollar, the Euro and other currencies,” Lancefield said.

A quick glance at the USD/ZAR exchange rate over the past 15 years shows that their concerns are clearly founded on financial historical fact. In April 2021 the ZAR:USD rate was R14.50, albeit after firming recently, compared to the rate of R6,71 ten years ago in 2011 and an even stronger R6,08 just five years earlier in 2006.

Adding to these currency volatility concerns SARS recently loaded a further financial fear factor onto expats when it recently made sweeping changes to the Taxation Laws Amendment Act (“TLAA”). These changes now make it mandatory for South African citizens to prove under  SARS’ residency tests that they have been a non-resident for a period of three consecutive years, before they will be allowed to withdraw retirement funds from South Africa. The new rule has just come into effect on 1 March 2021.

“Previously expats could withdraw their retirement funds, such as pension preservation, provident preservation and retirement annuity,  as soon as they had completed their financial emigration process, but now if one wishes to withdraw these funds right upon completion of FE, you will need to show tax non-resident for three years to cash in your policy in full. Expatriates who can prove that they have been living abroad for three or more years are advised to backdate their financial emigration and cease their tax residency as of their date of exit from SA. Thus, they would already have the three-year non-residency and so there is no need under the new rules to wait another three years after completion of FE” Lancefield said.

Tax Consulting SA tax attorney Reabetswe Moloi added that the three year rule was at least a comparatively minimal period of time as SARS had not entirely removed the right to withdraw the funds before maturity.

“Several years ago South Africans who relocated abroad had to wait until maturity to cash in their retirement funds in terms of exchange control rules but now at least the ability to transfer the funds abroad has remained intact. Investors can therefore still take advantage of the perk of cashing in their retirement investments early to take their funds abroad once they have met the new three year rule,” Moloi said.

Moloi noted that many expatriates are also worried about the current debate about prescription of retirement assets, which could see the state eventually requiring asset manages to invest a portion of their clients’ funds in development projects, such as state owned entities like Eskom and SAA.

“These political debates only serve to fuel anxiety in investors, that should these ideologies one day materialise in the economy, their retirement funds will be further eroded by poorly prescribed investment strategies. It therefore makes sense to get tax and legal advice regarding how to meet the residency test sooner rather than later, to remove the uncertainty from one’s personal investment planning,” Moloi concluded. 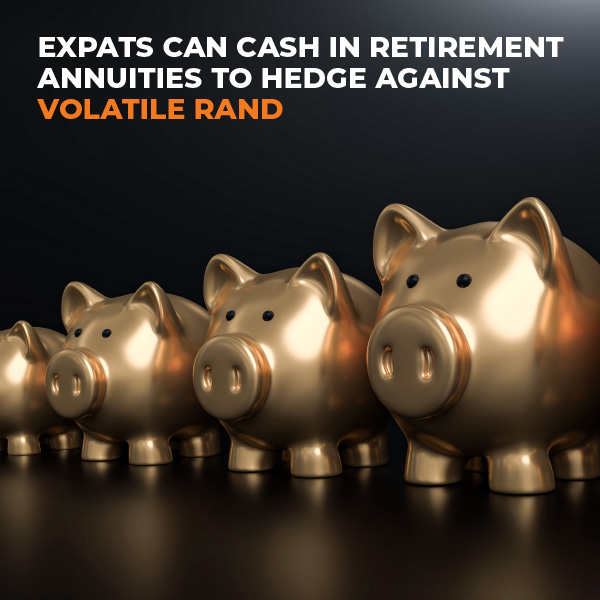 NEWS | WHAT EMIGRATING TAXPAYERS NEED TO KNOW IN 2021