The Supreme Court of Appeal (SCA) delivered a judgment on 6 September 2019 that handed SARS one of their most influential wins in recent times. The SARS Commissioner did not pull any punches and took BMW South Africa to task on tax services performed for their expatriates by their top tier advisors KPMG and PWC. Ironically, this case centred around whether the tax services performed by the appointed advisors, to ensure tax compliance, constituted, in itself, a taxable fringe benefit.

In a unanimous decision handed down in BMW South Africa (Pty) Ltd v SARS (Case No: 1156/2018) the SCA had the final say and confirmed the tax assessment raised by SARS. The costs of motion were also awarded to SARS and it would be interesting to know whether BMW will be picking up the tab or if the advisors will have to make a call to their indemnity insurance.

The BMW Group procured the services of the tax advisors to assist expatriates with their domestic tax obligations, specifically to assist with their tax returns and to deal with queries and objections. In SARS’ view the payments to the tax advisors constituted a taxable fringe benefit, as contemplated by paragraph (i) of the definition of gross income in the ITA, read with paragraphs 2(e) or (h) of the Seventh Schedule thereto.

In its notice of objection, the taxpayer contended that the services were for the benefit of the taxpayer and not its employees, as they had no choice in the matter. The basis for this argument was that the services were procured to protect the taxpayer to ensure that South African taxes are not overstated or understated. In fact, it was put forth that the largest component of the fee is directed towards providing assurance to the taxpayer regarding its responsibilities in relation to the tax due. SARS disagreed with this assertion and the matter went all the way to the SCA.

The tax position is now confirmed that tax services for expatriate employees is a taxable fringe benefit in itself. This means that any employer who had or has expatriate employees, especially those who were under similar engagement terms with the mentioned Big 4 providers, may have a tax exposure. The only legally created mechanism to address such a tax exposure is following the Voluntary Disclosure Programme. It is no secret that SARS is behind on its targets and they would probably make full use of this landmark win to increase tax revenue collection. Taxpayers would be well advised to come clean voluntarily before they are audited on this item.

Do all expatriate employers have a tax exposure?

To understand the decision, the Tax Court and High Court judgments must be studied in light of the engagement terms for the tax services. It may be noted that the objection strategy followed by BMW, presumably using the approach recommended by their advisors, comes across as most peculiar. The whole angle of defence was framed on the premise that the tax services are taxable only if their use is wholly private or domestic. Taxpayers are limited to the grounds stated in their notice of objection and a weak technical position was quickly snuffed out by SARS and BMW were given three losses in a row in the Tax Court, the High Court and now the SCA. Unfortunately, this precedent has now been created and expatriate employers will have to distinguish their facts from this decision to determine if they have an exposure.

What does this mean for the “expat tax”

One of the biggest criticisms of the expatriate tax, effective 01 March 2020, is that there is not adequate tax relief given for fringe benefits. This means the R1m exemption will be quickly eaten-up by housing, vehicles, security, home leave, school fees, insurances etc. Now tax services can be added to this list. Hopefully SARS’ persistence in taking on some of the big names and seeing the matter through to the SCA will put an end to the naysayers thinking that SARS will not enforce the fringe benefit sections when it comes to expatriates. The fiscus is simply too far behind on tax collection to not utilise every legal avenue and Big 4 rates make an attractive target to tax.

On the facts before the court, the decision by the SCA cannot be criticised. Whether the tax advisors are at fault is perhaps a different question, but it is hard to ignore what seems to have been an ironic oversight on their part.

This is an unfortunate decision for employers of expatriates. It was conceded by all involved, including the SCA, that understanding the tax regime, especially insofar as it applies to expatriate employees, is no cake walk (evidently not even for professionals). For this reason, these employers prudently incur costs to ensure SARS gets paid its dues and the fact that these costs invite additional taxes is perhaps a bit harsh.

In a climate where expatriates are under increasing scrutiny by revenue authorities across the globe, including SARS, this is another blow to the taxpayer. In the South African landscape, this judgment will compound the adverse effects of the “expat tax”, due to take effect on 1 March 2020. 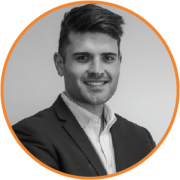 NEWS | THE TAX REVOLT IS ALREADY IN FULL SWING