ARE YOUR OFFSHORE INVESTMENT STRUCTURES COMPLIANT WITH SARS? 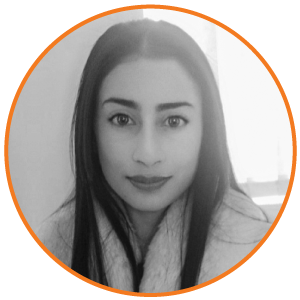 In order to remain compliant, high net worth taxpayers are assessed based on how their offshore investments are coordinated, how tax returns are filed, whether they are considered tax residents of South Africa and whether they have formally ceased their residency status. Such taxpayers must ensure that their tax affairs relating to investments abroad are aligned and fully compliant in terms of the law.

Jean Baptist Colbert once said, “The art of taxation consists in so plucking the goose as to get the most feathers with the least hissing.” As a result, to ensure that high-net-worth taxpayers receive the due diligence they deserve, the following measures will aid in ensuring compliance and granting foreign tax relief on earnings from offshore investments.

South Africa has a residency-based tax system. As tax resident you are legally required to declare your worldwide income and assets to SARS.

If a taxpayer intends to live outside of the Republic of South Africa, they have the right to formally cease South African tax residency. This is a formal process as it is the onus of the taxpayer to declare and evidence the status change (ceasing residency in South Africa is not automatically applied). Financial emigration or the double taxation agreement between two countries can both assist in the ceasing of one’s residency.

If a tax resident has not disclosed their foreign earnings, they may face compliance issues going forward with SARS. Tax residents who have not disclosed their worldwide income (or any income for that matter) can make use of the Voluntary Disclosure Programme (“VDP”), as administered by SARS and as regulated by the Tax Administration Act. In essence, they will be given the opportunity voluntarily disclose all earnings previously undisclosed to SARS. Taxpayers may benefit from a 100% waiver of penalties in return for coming forward on a voluntary basis through the VDP, and most importantly, a successful VDP application will guarantee taxpayers full immunity from criminal prosecution in terms of the disclosure.

If you are an expat living abroad permanently, you may financially emigrate and cease your tax residency with SARS once-off. The ceasing of your tax residency may be backdated to the date of your departure from South Africa. This will protect your foreign income, including earnings from offshore investments earned subsequent to your departure from SARS’s right to tax. Any foreign income earned after leaving South Africa, that was previously undeclared to SARS would be exempt from being taxed in South Africa, except in the instances in which the income is of South African source.

Submission to SARS for non-residency requests over R10 million:

As Singh will be focusing on and monitoring high net worth individuals, it is important to note that amounts exceeding R10 million are subject to a far more stringent verification process by SARS which may take a significant amount of time to be reviewed and approved. This once again draws attention to wealthy individuals in terms of how they are structuring and declaring their foreign funds.

According to the article “meet Natasha Singh, the person that has just been signed on by SARS to go after wealthy taxpayers in S.A” Kieswetter added that “the continuing revelations from global media regarding the financial transactions of high-net-worth individuals across the world is a matter that needs proper investigation by suitably qualified experts, such as Singh.”

This message demonstrates that Singh has a keen eye for wealthy taxpayers. Therefore, individuals within this group should go over and above to make sure that their residency status and tax affairs are fully compliant. It is prudent to contact a tax specialist if you are unsure about your compliance or tax residency status.

Living The Zambian Dream – South Africa Hasn’t Forgotten About You

Emigration Expo: Are You Coming Back?
Scroll to top