South African expatriates who were unable to leave South Africa on account of the lockdown will be relieved to learn that the requirements of the foreign employment exemption (Section10(1)(o)(ii)) will be relaxed. On 13 October 2020, National Treasury and SARS published their draft Response Document on the latest tax Bills, wherein the unexpected proposal was made to reduce the number of days expatriates have to be outside South Africa to qualify for the exemption.

Ordinarily, to qualify for the exemption of foreign employment earnings up until R1.25 million, taxpayers have to spend more than 183 days in aggregate outside South Africa during a twelve-month period, of which more than 60 days must be continuous. However, due to the travel bans imposed as a result of the COVID-19 pandemic, these individuals could not travel to their countries of employment. Practically, this would likely mean they would not meet the 183-day threshold, resulting in a massive unanticipated South African tax liability.

It is now proposed that the 66 days that commence on 27 March 2020 and which end on 31 May 2020, when the country operated under COVID-19 alert levels 5 and 4, should be subtracted from the 183-day threshold. In other words, if a taxpayer spent more than 117 days outside South Africa they may qualify for the exemption. It is important to note that the continuous period of more than 60 days remains unchanged; the concession only extends to the aggregate amount of days spent outside South Africa.

Out of the blue

For once, it seems government has heard the plight of the South African expatriate. The proposal is rather unexpected because this was never raised as an item under the draft tax bills published on 31 July 2020, nor was it addressed in any of the Disaster Management Relief Bills, despite calls on government to do so.

It is unclear what made the powers that be grant the relief; perhaps they were swayed by the fact that other countries have made concessions where lockdown restrictions resulted in distorted tax implications for their taxpayers. Or, perhaps, this is the extension of an olive branch to expatriates, whose plights have largely fallen on deaf ears thus far.

In any event, this is good news for South African expatriates, many of whom would greatly benefit from the proposal.

The expatriate exemption allows you to “double dip”, meaning that where you meet the more than 183-day period (now 117 days) and the more than 60-day continuous period, you can leverage it over multiple tax years. Explained differently, the exemption applies in any 12-month period beginning or ending in a tax year concerned, so the same period outside can be used both looking backwards and forwards. This opens a myriad of tax planning opportunities for the well-informed and proactively planned expatriate! 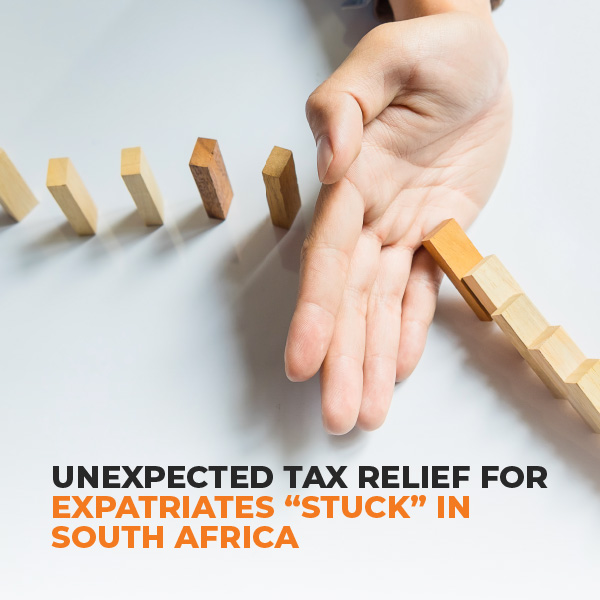