THE UNCERTAIN FUTURE OF FINANCIAL EMIGRATION

This tax law change was fought for many years, spear-headed by Barry Pretorius who formed the Expatriate Petition Group – credited with getting the complete removal of the exemption passed, while being one of very few voices in fighting for expatriate rights.

One of the primary reasons advanced in Parliament by National Treasury and SARS for the law change is non-compliance by expatriates. They indicated that expatriates claiming the foreign employment exemption averaged less than 4,800  per year. Validly, such numbers on tax compliance make no sense with the vast numbers of South Africans working abroad. Also, upon having done thousands of tax diagnostic exercises on expatriates, the simple truth is that SARS is correct and widespread non-compliance by South Africans abroad is the order of the day.

The expatriates’ reasons for non-compliance are countless, however a significant portion blame their tax advisors (often correctly so), something which should trigger professional negligence and unprofessional conduct matters. Other regular features include being advised by unknown SARS frontline officials to submit “zero” tax returns; “SARS never previously having an issue” with their zero tax returns; and most worryingly, the “how will SARS find me?” narrative having a popular following.

The effects of this amendment were immediately telling as thousands of South African expatriates affected by the change, made plans to exclude themselves from the tax base by ceasing their tax residency. This should not have come as a surprise, as this was simply the fulfilment of a prophecy foretold by many stakeholders. Yet, despite specific warning to National Treasury that taxpayers would accelerate cessation of tax residency if this punitive regime was implemented – National Treasury responded by stating that the formalisation of tax residency status of those South Africans living abroad was to be encouraged.

Carrot and Stick Approach – the Carrot

In the 2020 Budget Announcement, a carrot was dangled for those South Africans abroad, perhaps in an attempt to retain those that were leaving the tax base, with the announcement that the foreign employment exemption would be increased to R1,25 million. In the same breath, government encouraged those affected to “maintain their ties to the country” and that they would phase out the concept of “exchange control emigration” by 01 March 2021.

One can speculate why government would like to maintain ties with its subjects, but a good guess would be that it is very much aware that a cherished segment of its tax base is shrinking, as high-earning expatriates formalise their non-resident status. The unknown reason(s) for terminating exchange control emigration is peculiar considering –

Expatriates would correctly be questioning the motives behind this change and whether this is indeed only to help and make things simpler. Delving into the Budget 2020/21 finer details, there are various pointers on what the future financial emigration process will look like –

The Only Solution, to Act

The first tax payment for expatriates, under the new ‘expat tax’ is 01 August 2021, when their first provisional tax payment is due. As it stands, South Africans abroad have until 01 March 2021 to make use of the current and accepted “financial emigration” process.

We have seen an acceleration in applications for financial emigration by expatriates since the Budget 2020/21 announcement. It serves an expatriate who has genuinely emigrated to formalise their fiscal status with authorities under a certain regime. The formalisation of tax status of South Africans abroad is not something to be put-off until the expatriate is audited and it is critical to have the courage to have the SARS status checked as opposed to lying awake, for your number to come up.

What the future from 01 March 2021 holds is uncertain for South Africans, but the message appears rather clear that they will be faced with a more complex “certification of tax status”, which will include a “risk management test” and “more stringent verification process”. 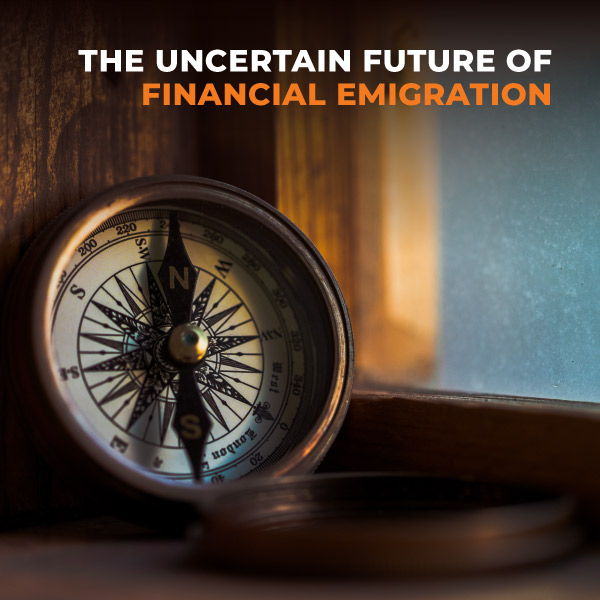 NEWS | SOUTH AFRICANS WORKING ABROAD: MUST YOU SUBMIT A TAX RETURN TO SARS?
Scroll to top